The prospect of the United Kingdom leaving the European Union has raised a number of questions regarding the status of sulphur regulations in the UK, according to the International Bunker Industry Association (IBIA). 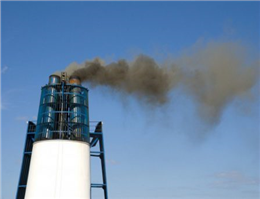 According to MANA, The EU’s sulphur regulations go beyond the minimum requirements of the International Maritime Organization’s (IMO) MARPOL Annex VI. Although the EU and IMO regulations are aligned regarding the 0.10% fuel sulphur limit for ships operating within an emission control areas (ECAs), the EU Sulphur Directive has three key extra requirements.
Firstly, it sets a 0.10% fuel sulphur limit for ships berth in any EU port. Secondly, outside ECAs, there is a 1.50% sulphur limit for passenger ships on regular service between EU ports until 2020. And thirdly, the EU has decided that a 0.50% will apply within EU waters from 2020 regardless of the timing of the IMO’s global 0.50% sulphur cap.
Until the UK’s divorce from the EU is complete, which is not likely to happen before October 2018, EU regulations will continue to apply, however, the UK could, if it wants to, decide to replace the EU sulphur regulations and go for different requirements, either more or less stringent, after exiting the EU.
“The UK, as a party to Annex VI, would have to call for an amendment to the geographical reach of the ECA if it wanted to allow ships to use fuel above 0.10% sulphur along its eastern seaboard,” IBIA said, adding that this “is not considered a likely scenario.”
IBIA believes that, in theory, the UK could allow vessels to use fuels with up to 3.50% sulphur while at berth in the ports that are not inside an ECA, as well as in UK waters, until the global 0.50% sulphur cap takes effect.
“Should the UK decide to ease sulphur restrictions compared to the EU Sulphur Directive, there may be a potential for the UK’s west coast to attract more shipping and boost activity in ports like Liverpool and Bristol, which could develop existing container and breakbulk hubs,” IBIA said.
0
Tags: brexit EU sulphur IBIA
Visit Home
Send to friends
Print
Newsletter
Share this news