<![endif]--> Supply-demand Will be Balanced in Tanker Market!

Supply-demand Will be Balanced in Tanker Market! 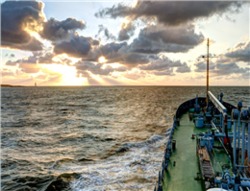 In spite of the negativity on the tanker market and the shipbuilding order, the Poten & Partners Brokerage Company announced that large number of tankers have been delivered by the schedule time in 2017 and showed an increase in comparison to 2009. To create balance in market and reduce pressures on freight rates, Suzemaxes were forced to leave the yards on time and bring the final capacity to 10,100 million DWT and a 20.5% increase when compared to 2009.