World No. 1 shipping company Maersk Line is set to win EU antitrust approval for its acquisition of Hamburg Sud after agreeing to pull the German company out from some trade routes, a person familiar with the matter said on Friday. 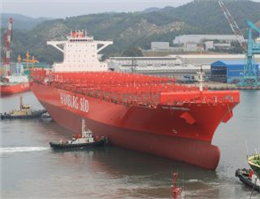 According to MANA, Maersk, part of A.P. Moller-Maersk, announced the bid last December, part of a wave of mergers in an industry struggling with a glut of ships and slowing global trade which has forced at least one shipping line out of business.
The proposed acquisition will strengthen the Danish company's presence in global trade, in particular in Latin America where Hamburg Sud has been long established.
World No. 7 Hamburg Sud is part of the Oetker Group and owns 130 container vessels, primarily used in trade between the northern and southern hemispheres, versus Maersk's fleet of more than 600 ships.
0
Tags: Green Light Maersk Line EU Show
Visit Home
Send to friends
Print
Newsletter
Share this news