WITH the International Maritime Organization cutting the sulphur content in marine fuel to 0.5% globally from 2020, versus 3.5% now, shipping market participants will have to pay more to use more eco-friendly products 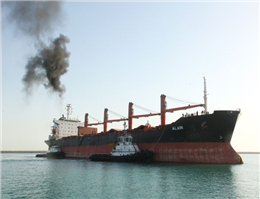 According to MANA, In tanker markets, charterers will also have to absorb part of rising bunker costs as the hikes result from regulatory requirements rather than oil price increases and fundamentals improve, says Howe Robinson’s head of tanker research Stavroula Betsakou.
This would be in contrast to historical norms, where owners bear the brunt of higher costs of marine fuel, data from Howe Robinson suggests.
Spot tanker charter deals are often done in Worldscale points, which, when converted back into dollar terms, take bunker costs into account and are calculated on a per-tonne basis.
But freight rates in those deals usually reflect much more of supply-demand fundamentals for vessels rather than bunker price fluctuations, according to the brokerage’s data, which suggests owners need to stomach increases in marine fuel costs when oil prices rise.
This would result in weaker earnings per voyage for them.
Owners are at a disadvantage because higher oil prices would lead to slower oil demand growth, which in turn hurts tanker demand, Ms Betsakou said at a Baltic Exchange event.
But the 2020 switch will be “the first time” when increases in bunker costs do not only result from more expensive oil, she said. Consequently, “charterers may have to pay a lot more of the higher cost than normally”.
According to Ms Betsakou's presentation, this forecast was also based on improved fundamentals of tanker markets.
For this year, Howe Robinson expects freight rate for shipping crude oil from the Middle East to Japan on non-eco very large crude carriers running at standard speed to be $9.53 per tonne, with owners’ time charter equivalent earnings at $26,250 per day, when bunker and some other costs are excluded.
The forecast is based on bunker prices at $330 per tonne.
Howe Robinson forecasts bunker prices to be the same in 2019, but rates will increase to $11 per tonne, while TCE earnings will rise to $33,500 per day.
In 2020, when bunker costs could increase to $500 per tonne because of the quality premium, rates will likely jump to $15.50 per tonne, while the corresponding TCE earnings will be at $46,500 per day, according to the brokerage.
0
Tags: sulphur Freight Rate
Visit Home
Send to friends
Print
Newsletter
Share this news