The adverse effects of Brexit on the international shipping industry could turn out to be “not very much”, according to Harry Theochari, global head of transport for law firm Norton Rose Fulbright (NFB), which hosted a half-day conference entitled “Shipping in times of Brexit – business opportunities with less regulation?”. 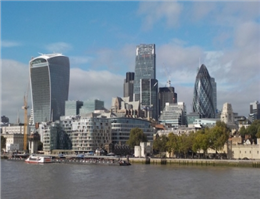 Neither the rights of UK shipping to call EU ports nor that of EU ships to call UK ports would be impeded by Britain leaving the European Union, MANA correspondent reported.
Rather the real change will be in respect of “taxes, duties and tariffs,”.
As regards any change to the availability of ship finance and related services in the UK, again NFB said it thought the effect would be minimal with most banks and insurance companies still able to provide cross-border services via overseas subsidiaries. Few institutions would choose to quit London, NFB believed, because of the city’s centuries-old maritime tradition and leading expertise in areas such as ship brokerage, law, accounting, insurance and maritime education.
Possible opportunities resulting from Brexit would include the fact that “for the first time in a generation the country would be able to negotiate its own trade agreements outside the constraints of EU State Aid restrictions,” NFB continued.
Also there would be the opportunity to review the UK’s Tonnage Tax regime, NFB added, which is currently “not the best in the world” and could do with revamping to attract more owner/operators.
However, NFB’s Brussels-based cautioned that any new UK assistance to the maritime sector would need to comply with international trade law and with EU anti-dumping rules and it relies on WTO trade tariffs.
Already moves are afoot to upgrade the UK Ship Register to make it more responsive and client focused, informed chief executive of professional services’ body Maritime London. This will include greater delegation of inspections to Recognised Organisations in the form of leading classification societies, and appointment of a new commercial team, he said.
0
Tags: EU europe britain brexit
Visit Home
Send to friends
Print
Newsletter
Share this news