The UK’s decision to leave the European Union would probably lead to a change in the mix, as the UK could switch some of the countries from which to imports and to which it exports, depending on the new trade agreements it negotiates with EU and non-EU countries, according to shipping consultancy Drewry. 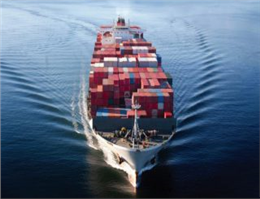 As the decision will mean both positives and negatives, Peel Ports’ Group Commercial Director, said that positives include opportunities to have new or improved bilateral trade agreements between the UK and countries such as India, the US, Canada and South American countries, MANA correspondent reported.
Walters added that it might be easier for the UK government to strike an agreement with India without the need to get consensus approval from the other 27 EU countries.
Some shippers see opportunities for more favourable trade agreements to be concluded on a bilateral basis between the UK and countries in Asia, Oceania and the Americas.
However, UK container traffic will see more muted growth than expected a few months ago, at least in the short term. The bigger Brexit-related risk for UK container ports is a short-term negative impact on box volumes caused by economic and political uncertainty and GDP slowdown, which would in turn result in a slowdown in UK maritime trade growth.
There is also a risk of harmful UK-EU red tape, tariffs and reduced access to skilled EU shipping workers in post-Brexit, Drewry said.
British shippers are fearful of losing the benefits of free trade and customs harmonisation with the EU single market.
“A return to tariffs for UK merchandise exports and imports, if this is the outcome of trade negotiations with the EU, will be detrimental to UK trade with the EU, and may result in a small reduction in UK-EU maritime volume,” Drewry said
0
Tags: EU brexit imports exports
Visit Home
Send to friends
Print
Newsletter
Share this news