<![endif]--> Coronavirus: An opportunity ahead of green shipping 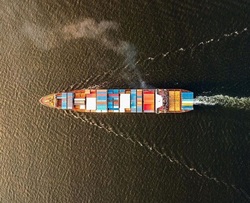 How do you evaluate the impact of COVID-19 on global maritime transportation?

The impact of the COVID-19 pandemic on international maritime transport is two-fold. First of all, the change in global trade and demand for shipping services has a direct bearing on the port and shipping business. Our recently published data shows, for example, that year-on-year port calls of container ships went down by as much as 8.5% in mid-June. They have since then somewhat recovered, but in early August were still 3% below the levels of one year earlier. Apart from container ships – which carry most trade in manufactured goods – the hardest hit segments were passenger ships and RO/RO (roll-on, roll-off) ships, which include ferries and other vessels that also carry passengers.

Secondly, shipping lines and ports are affected by the pandemic given the need to keep ships moving and ports open while at the same protecting seafarers, port workers and the population from the virus. One group of workers who have been among the most negatively affected by the crisis are the seafarers. More than 300,000 seafarers are currently working beyond their scheduled time on board, and a similar number of have been unable to get back to work. Early on during the crisis, together with the Secretary-General of the International Maritime Organization (IMO), I called upon governments to consider seafarers key personnel and facilitate crew changes.

On the positive side, in response to the pandemic, ports and carriers have successfully advanced with reforms, especially through digitalization, advancing with the automation and dematerialization of processes.

What changes have been brought about by digital technology?

The pandemic has encouraged further and faster reforms in a wide range of areas where UNCTAD has for many years promoted digitalization. When you look at trade facilitation, for example, digitalization is a key for customs automation, transparency, and transit. The dematerialization of processes helps both, make them faster and more transparent, while at the same time avoiding personal contact and the spread of the virus.

Also, on the shipping side, further technological advances with port call optimization help saving fuel as ships do not go unnecessarily fast, and they spend less time in port.

What is your roadmap for enhancing this technology in maritime transport?

We have put out a 10-point action plan to strengthen international trade and transport facilitation in times of pandemic. Many of the solutions we promote in the action plan depend on modernization and digitalization. I want to particularly highlight that the solutions we promote help achieve both – facilitating trade and transport, and protecting transport workers and the population from the effects of the pandemic.

Concretely, by way of example, in times of a rapidly changing trading environment, it is particularly important for Governments to communicate clearly and ensure information is available and updated. As physical contact between people needs to be minimized, paperless processes become ever more important. Although goods still need to be moved physically, Customs clearance and the exchange of information should make use of electronic data interchange as much as possible, now, more than ever.

In your opinion, why a sustainable blue recovery is needed?

The COVID-19 pandemic is a reminder to all of us that we better take science seriously, and prepare for future shocks. The pandemic and the successful responses of the maritime transport providers can also be considered an opportunity. As volumes have declined and digitalization advanced, the CO2 emissions of the industry have come down more than they would have otherwise.

UNCTAD collaborates closes with the International Maritime Organization (IMO) and its member states towards the decarbonization of shipping. We are also a supporting member of the private sector-led Getting to Zero Coalition.

In order to mitigate climate change, maritime transport needs to reduce the carbon intensity of port and shipping operations in the short term, and switch to alternative fuels in the medium to long term. This fundamental change requires investments not only in new ships, but above all ashore, in renewable energy production, distribution infrastructure, and seaports. Also, the use of alternative fuels may lead to higher transport costs, which may affect small island states and least developed countries disproportionally. It will be important that these countries be supported financially and technically to ensure that we can decarbonize shipping without penalizing those same countries who often are also most negatively affected by climate change.