Box lines set to shrug off negative impact of pandemic 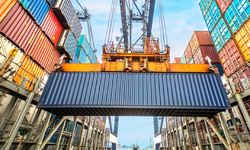 Containerised freight volumes collapsed during the second quarter of this year, but tight capacity controls held rates up. An improving demand outlook for the second half of the year is likely to lead to greater profits for box lines.

Container lines could collectively still see profits more than double from last year as demand is restored, even if rates slide back towards the mean

THE strict capacity management applied by container lines during the coronavirus pandemic could see the sector as a whole more than doubling its full-year profit, despite a slump in volumes in the first half of the year.

A new analysis of carrier performance from Sea-Intelligence reverses forecasts that warned that container shipping could lose up to $23bn if a predicted 10% slump in volumes coincided with the traditional collapse in rates that has previously accompanied downturns in the sector.

This worst-case scenario would have wiped out a decade’s worth of profits, including the $5.9bn operating profit carriers collectively made in 2019.

Since those earlier predictions were made, however, it has become clear that while volumes have fallen significantly, container lines’ capacity management measures have not only seen rates maintained, but on many trades they have increased significantly.

“The freight rate increase, as measured by the CCFI index, for the full period January to August 21 is now at 6.9%, only marginally less than two months ago,” Sea-Intelligence said. “This is mainly due to rate levels also increasing last year, and hence making a less favourable year-on-year comparison.”

On top of the stronger rates, volume outlooks now appear less dramatic than they did in the first half of the year.

“The third quarter of 2020 now faces a very marginal volume decline of 0.1%,” the analyst said. “If the current developments continue, we would be looking at a 2% volume increase in the fourth quarter.”

The combination of stronger rates and lower operating costs had helped those carriers that have so far released their first half of the year results increase their profits by 160% on last year, it added.

“If the carriers are able to maintain the rate increase seen in the first eight months of the year, they would end up with a profit of 12.9bn,” Sea-Intelligence said.

“If the improvements seen by the major carriers in their published first-half results are indicative for the carriers that have not yet published results, and if they are able to maintain the same improvement momentum, the industry is looking at a profit level of $15.4bn.”

If rates reversed to the same level they were at in the fourth quarter of 2019, carriers would still see a combined profit of $10.7bn, and a worst-case scenario, where lines engaged in a “typical” price war, would still see them maintaining a profit of $3.8bn collectively.

Given the unpredictable nature of demand during the pandemic, Sea-Intelligence has also modelled a 5% fall in volumes during the fourth quarter of 2020 that coincides with a price war. Even here, container shipping would still manage a $2.6bn profit for the year.

Sea-Intelligence said there was “a very high likelihood” that carriers will emerge from 2020 with financial results better than in 2019.

“However, we are now also at a point where even the pessimistic scenarios are indicating a profitable outcome to 2020,” it said.

This meant the pressure on the carriers to maintain capacity and rate discipline, to avoid an outright financial disaster, was no longer present, but this could also prompt an erosion of rates.