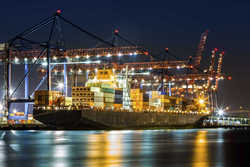 The Lloyd’s List Outlook is fuelled by insights derived from Lloyd’s List Intelligence data, but understanding the macro view that underpins that data is essential. Here, LLI’s head of consultancy Christopher Palsson explains the underlying views that guide our interpretation of the data.

The macro trends driving our data forecast point to geo-political and environmental challenges in the short term, but more energy commodities to ship in the short-to-medium term

THE outlook for trade is dependent on a set of factors, most of which relate to either geo-political or macro-economic developments. The development in, as well as the relationship in between the major economies have a direct impact on GDP and trade.

China and India together account for approximately 20% of global GDP. Growth is lower than before, but still high compared to most other economies in the world. Global GDP is forecasted to hit 3.0% in 2019, according to the International Monetary Fund (IMF), the lowest level since the Great Recession ten years ago. In dollar terms, that means that China’s growth is larger than that of EU, US and Japan together. India’s economy is not at all as large as that of China, but the growth expectations exceed those of China in the next few years.

The foreign trade policy of the USA has been quite disruptive since President Trump took office. Established trade relations have been torn apart. Some have been replaced by new agreements, but several are still not resolved. Protectionist moves and counter reactions from the other party change the terms of trade and in most cases lead to reduced trade, or at least reduced growth of trade.

The US sources about 8% of its total seaborne imports from China if measured in tonnes, but more than one third of its containerized imports origins from China. A smaller share of China’s imports comes from the US, but the total volume in tonnes is higher. Consequently, the trade tension between the two countries has a significant impact on the development of seaborne trade.

Recent indications support the expectation that some kind of new trade agreement will be reached between the US and China during the US presidential election year 2020. Stock prices would respond upwards. The impact on long-haul shipments of LNG, grain and containerized cargo from/to the US would be positive.

The geo-political situation in the Middle East is complex and hard to predict. Throughout time, the global quest for oil in combination with the oil exporting countries need for revenue have resulted in fewer than feared disruptions other than short-lived ones. Exceptions do exist however, and the risks should not be under estimated.

China is going through a transition from an export driven growth to one that is to a higher extent domestically propelled. One way to achieve this is to develop inland China. The One-Belt-One-Road initiative (also referred to as the Belt Road Initiative), which will improve land-side transport facilities between China and Europe, will bring huge investments to inland China and the 50+ countries en route to Europe.

The maritime silk road forms part of the initiative. It includes investments in ports and port hinterlands along the maritime routes between China and Europe, including ports in South Asia and even Africa.

The One-Belt-One-Road initiative supports the demand for steel going forward and thereby also the demand for iron ore and coal. It will also add to the demand for cement, energy commodities, bitumen and heavy equipment, much of which will require transports at sea.

Global trade amounts to 14 billion tonnes and according to LLI records 78% is carried at sea. Bulk commodities dominate, but containerized cargo has shown a strong growth for many years and accounts for 12% today.

Energy commodities have 43% of total seaborne volumes and they are very important for both liquid and dry bulk carriers. Oil, gas and coal account for most of these volumes but we also have biofuels and renewables included here.

Energy forecasting institutes and oil companies seem largely aligned in their baseline outlooks up to 2030. The growth in oil demand will fade during the next ten years while coal demand will be flat. Natural gas is expected to expand at a modest to strong pace and strong growth is anticipated for renewables, but from a relatively small base. Fossil fuels account for 82% of energy consumption today and is expected to be around 76% in 2030.

Roughly 70% of oil is used for transportation fuel. The future fuelling of vehicles (cars and trucks) is still not clear, but the current trend is focused on electric vehicles (EV). According to the IEA (International Energy Agency), there are about 5 million EVs in the world today while there reportedly are some 1 billion cars and another half billion trucks, so there is still a long way to go.

EVs require electricity and electricity is today mainly sourced from coal and natural gas (some in the shape of LNG). Hydro and nuclear grows slowly while renewables grow rapidly as mentioned above. The uptake of EVs thus have a direct impact on the demand for electricity. Much of the growth in electricity demand seems to be met by natural gas even if the share of renewables increases.

2030 is sort of a cross road for the long-term energy forecasts. Some see continued growth in energy demand, albeit at a slower pace, while others expect a peak after which demand will decrease. The need for oil, coal and gas will remain for several decades ahead, but the development pace varies between forecasters. Therefore, there will be continued demand for tankers of all kinds and bulkers for coal shipments. There will also be more kinds of energy commodities that will need to be transported.

China’s continuous quest for energy will continue for a long time. Power generation is at the core of the energy need and the source of energy will predominantly come from coal and natural gas, often in the shape of LNG. Imported coal will be sourced from Australia and partly from Indonesia. LNG comes from Australia, Qatar and maybe also from the US (depending on the outcome of the trade negotiations).

The growth in seaborne general cargo has become more aligned to GDP growth. The share of the trade that is containerized has increased and consequently has the growth been faster for container cargo even if the days of double-digit growth belong to the past. Asian countries are involved in almost two-thirds of all trade and China has a significant share of this.

The pace of future growth is much down to the potential for attracting more cargo into the boxes. Price is of course one piece of the puzzle, but the commodity types that already are partly containerized that according LLI records still have a significant potential are forest products, iron, steel, metals and scrap.

Over the past decades, the fragmentation and outsourcing of production to lower cost countries have benefitted containerized trade while at the same time cheap container transports have been the facilitator of that same process.

The strong growth in container shipping capacity is expected to put a cap on any major hike in freight rates and will at the same time ensure that attractiveness of the box as a shipping alternative remains competitive.

One identified trend is that industries that previously moved to low-cost countries are moving back. The drive comes from new technologies, processes, automation and robotics that enable cost-efficient production of smaller series. This will continue to develop, but the low unit costs that come from high-volume production in combination with cheap containerized transports will prevail for quite some time.

The fourth industrial revolution is a collective name for a series of technologies and concepts within automation, process IT and manufacturing.

It is challenging to see the full potential impact on seaborne transports, port activities and supply chains, but without doubt will there be changes to the ways we plan, communicate and operate the supply chains.

Some of the concepts believed to have an impact are robotics, automation, artificial intelligence, blockchain, internet of things, sensors, autonomous systems and 5G. In our view, this is a strong evolutionary process with the potential to significantly improve efficiency rather than a revolution. That said, it will bring changes to who does what.

Another driver for change that need to be considered is the impact on your business from e-commerce.

The choice of supplier is today often borderless. Cheap, efficient and timely transportation is the enabler.

Large logistic companies with consumer contact constantly review their supply and distribution chains and look for attractive locations for warehouses, distribution centres and transhipment hubs. The container has a role to play in this evolution.