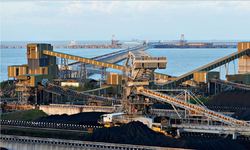 Russia's emergence as a low-cost supplier of coal to both the Atlantic and Pacific basin have supported dry bulk freight rates. The country is likely to overtake Indonesia and Australia in terms of global seaborne coal supply.

Russia is expected to overtake Indonesia as the biggest exporter of coal by 2040, as the Southeast Asian country's thermal coal production stagnates, IEA said.

RUSSIA is gradually taking a larger share in the seaborne thermal coal market, challenging the dominance of Indonesia and Australia.

In the first nine months of 2019, Russia exported 132.7m tonnes of coal, Banchero Costa data shows. This was an increase of 7.1% or 8.8m tonnes as compared to same period last year, making Russia the third largest seaborne supplier.

Russia’s exports to Asian countries alone surged by 14% to 71.2m in the period.

While Indonesia increased exports to Asia by 9.9% in the first nine months of 2019, and Australia by 4.4%, both trailed Russia in terms of percentage gains.

The emergence of Russia as a potential low-cost supplier and the country’s central geographic position has helped boost exports to both the Atlantic and Pacific basins, supporting dry bulk freight rates.

“Coal mining has been a key industry in Russia for a long time and its role will be no less significant in the future as the world changes to renewable power generation. Nevertheless, the structure of Russia’s coal trade is evolving,” Banchero Costa said in its latest weekly report.

During the first three quarters of the year, Russia shipped 19.1m tonnes to China, up by 26.5% year-on-year, with the Asian giant accounting for 14% of Russia’s total coal shipments this year.

In the same period, 10.9m tonnes of coal were exported from Russia to Japan, an improvement of 16% as compared to the year before, as coal accounts for about one third of Japan’s electricity generation, and was the destination of 6% of Russia’s coal shipments

Meanwhile, volumes to Taiwan and the United Kingdom decreased this year

Although the UK is racing to increase renewable energy sources by slowly shutting down coal fired power stations as it aims to phase out coal powered electricity by 2030 or earlier, Russia is positioning itself as the lowest cost producer.

Australian coal should feel the heat from Russia, as the country eyes a bigger slice of the global seaborne coal market. This is largely because Australia also produces higher quality thermal coal, while Indonesia predominately ships lower grade fuel.

Russia plans to increase shipments to the Far East, with major exporter Carbo One planning to boost Vostochny port’s capacity to 40m tonnes in 2020 from 29m currently.

Meanwhile, Russia and India are forging closer ties with Russia expanding its largest coal terminal in the far east region to send cargoes to India, as steelmakers look to lower their cost of production.

Russia is expected to overtake Indonesia as the biggest exporter of coal by 2040, as the Southeast Asian country's thermal coal production stagnates, the International Energy Agency said in its latest Southeast Asia Energy Outlook.

The agency said that with stagnating investment in coal mines in the 2020s, Indonesia will likely see its output decrease up till 2030.

The outlook scenario is based on the present day policy framework, the report noted.

"A growing share of production is destined to serve increasing domestic demand, while output declines by 14%," it said.

However, the report highlighted that Indonesian suppliers might also respond rapidly to price signals from international markets and ramp up production and exports when seaborne prices become more attractive.

Russia’s thermal coal production is set to grow by more than 100m tonnes to 550m tonnes by 2035, as the country looks to invest in new coal infrastructure and focus increasingly on the growing Asia-Pacific region.

While the trend for global coal demand is expected to stay flat, the IEA report highlighted that Southeast Asian demand for coal is robust, doubling to nearly 400m metric tonnes of coal equivalent by 2040 at an annual average growth rate of 3%.