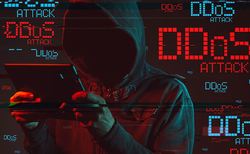 Geopolitical risk remains high on the agenda in the global risks report from the World Economic Forum. Also of concern are environmental risk, technological vulnerabilities, and societal tension.

While environmental issues have moved to the top of the risk agenda for the World Economic Forum, geopolitical risk remains worrying

WHILE geo-political and geo-economic risks might have been topped by environmental concerns in this year’s Global Risks Report issued by the World Economic Forum, the lack of a collective will to tackle such issues remains worrying.

Eighty-five percent of respondents to this year’s survey said they expect 2019 to involve increased risks of “political confrontations between major powers”.

“With global trade and economic growth at risk in 2019, the need to renew the architecture of international co-operation is more urgent than ever,” said forum president Børge Brende.

“We simply do not have the gunpowder to deal with the kind of slowdown that current dynamics might lead us towards,” he said. “What we need now is co-ordinated, concerted action to sustain growth and to tackle the grave threats facing our world.”

The risks to the global economy are increasingly interconnected, for example where geopolitical tension impacts on cross-border infrastructure investment.

This also highlights the degree to which the global economy has become dependent on technology.

That dependence drives concerns about data fraud and cyber-attacks.

Over the past year there was further evidence that cyber-attacks pose risks to critical infrastructure, prompting countries to strengthen their screening of cross-border partnerships on national security grounds.

“Persistent underfunding of critical infrastructure worldwide is hampering economic progress, leaving businesses and communities more vulnerable to both cyber-attacks and natural catastrophes, and failing to make the most of technological innovation,” said John Drzik, president of Global Risk at Marsh, the insurance and risk management business.

Allocating resources to infrastructure investment — including roads and dams in the US, European energy facilities, and security infrastructure globally — “is vital to building and strengthening and digital networks that will enable societies to grow and thrive,” Mr Drzik added.

The survey on which the report was built picked out a disconnect between short-term risks and long-term trends.

Among key risks identified by the report for shipping include worsening trade relations, especially between China and the United States.

“Economic policy — long seen as a means of mitigating geopolitical risk by embedding powers in mutually beneficial relationships — is now frequently seen as a tool of strategic competition,” observes the author of the report. “Their current relationship is such that a rapid unwinding of protectionist measures cannot be ruled out…”

The annual meeting of the World Economic Forum takes place in Davos, Switzerland on January 22-25. The theme is Globalisation 4.0: Shaping a global architecture in the age of the Fourth Industrial Revolution.