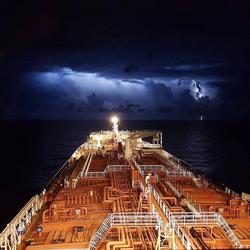 The upward momentum in crude tanker earnings seem to have softened as the Organisation of the Petroleum Exporting Countries cuts production amid slow demand. The market is also faced by severe oversupply concerns owing to a large number of newbuild deliveries.

There are around 18 newbuilds to be delivered in the first quarter of 2019, with 10 in January alone.

FREIGHT earnings of crude tankers are expected to languish in the doldrums for the immediate future, weighed down by lower Iranian and Canadian exports and persistent oversupply of tonnage.

While healthy fuel demand during a cold winter and before the Lunar new year holidays often triggers a spike in vessel requirements, crude tankers’ average earnings have softened as compared with the beginning of the year.

By comparison, TCEs for the smaller aframax and suezmax dropped by 30.7% and 19.9% respectively.

“The Middle East market observed sluggish demand for a second consecutive week, with 15 reported fixtures representing a 17% week-on-week decline and comparing with a 2018 weekly average of 29 fixtures,” the broker said in its latest report.

The West Africa market, too, moderated down over the week, with four fixtures representing three fewer than last week’s tally, it added.

The immediate concerns weighing on the market are declines in oil exports from the Organisation of the Petroleum Exporting Countries and a reduction in Chinese refiners’ demand, which has started hurting tanker earnings across segments.

Total Opec shipments decreased by 400,000 barrels per day in December, a decrease of 1% month on month, averaging 24.6m barrels per day, Morgan Stanley research data shows. Shipments out of Saudi Arabia, Iraq and Iran fell, more than offsetting increases from Venezuela and Nigeria.

Aside from the Opec production cap, key threat to imports, is that from Chinese crude import quotas issued for 2019 which are significantly lower compared with the year before.

Beijing authorised 89.84m tonnes of crude imports in its first round of quota issuance, down from the 121.32m tonnes, down 26% in the first round last year.

Although more quotas will be issued later in 2019, which does not mean volumes will end up lower year on year, but it does signal downside pressure on import volumes for at least the first half of 2019, and potentially lower refined products production.

“If there is a rebalancing away from the independent teapot refineries towards the large state-owned refineries, this would likely benefit more long-haul VLCC trades from the Middle East, while undercutting the short-haul aframax trades from Far Eat Russia, which the teapot refineries generally prefer,” Banchero Costa analyst Ralph Leszczynski told Lloyd’s List.

Beyond the immediate near‐term, fresh headwinds are expected to materialise in the coming weeks as an onslaught of newbuildings deliver.

Mr Webber projects that 18 newbuilding units will deliver during first quarter of this year — including 10 during January alone.

However, owners still have the advantage from the recent rebound in oil prices which should provide some relief to the market.