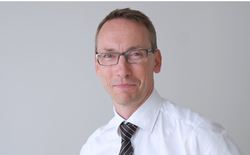 Demand for oil from refineries in China may spur tanker needs in 2019, but higher fleet growth due to lower scrapping in the wake of improved earnings, may put a damper on the market, says global shipping association BIMCO. It expects no fundamental change in the dry bulk market.

GLOBAL shipping association BIMCO is expecting the crude tanker market to face headwinds, saying 2019 will likely be a difficult year for owners and operators following an “horrific” 2018.

This year was “probably the worst ever,” said the group’s chief shipping analyst Peter Sand.

“Crude-oil tanker operators have been particularly hard hit — the larger the ship, the lower the earnings,” he added. “A market displaying those characteristics is truly in bad shape.”

Although October saw a reversal of fortunes, no fundamental market balance changes that fast, he noted.

Market improvements will stem from increased demand for oil from new refineries in China combined with an expected rise in US exports.

These two demand drivers could end up being “a powerful cocktail that will benefit crude-oil tankers strongly” although BIMCO does not bet on this happening.

“The underlying weak demand is worrisome,” Mr Sand said, adding that a continued inventory drawdown was needed to establish a normal functioning market.

Low fleet growth did stem some of the demand-side weakness, with heavy scrapping, BIMCO said, although this demolition activity would not be repeated in 2019 as earnings improve. It expects renewed fleet growth — at more than 2%.

BIMCO does expect a positive market for product tankers next year ahead of the imposition of the International Maritime Organization’s sulphur rules, which will see higher shipments of compliant fuels crossing the globe but is dependent on availability from refiners.

The higher expected demand is combined with low fleet growth.

Meanwhile, BIMCO does not expect a fundamental improvement in the dry bulk market balance in 2019.

China’s move to using more scrap metal in steel mills is a “massive threat” for the capesize market, which relies on shipments of iron ore, while the uncertainty related to trade wars will impact the panamax and handymax sectors most.

The average weighted time-charter earnings for capesizes was assessed at $14,878 per day at the close on Friday on the Baltic Exchange, versus $21,110 at the same time last year.

BIMCO noted that only two panamaxes were sent for scrap in 2018, a scenario last seen in 2007.

Meanwhile, Anglo American said on Friday it had restarted its Minas-Rio iron ore operations in Brazil following pipeline leaks earlier in the year.