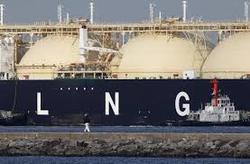 The 7,500 cubic meter vessel features Wärtsilä four-stroke dual-fuel engines and was built by Hyundai Mipo Dockyard in South Korea. She will be deployed to the Baltic region servicing a number of clients including the Linde/AGA terminal in Nynäshamn and the Klaip?da LNG fueling station in Lithuania. Capable of performing both ship-to-ship bunkering and transhipment operations, she will be used for the LNG fueling of ships including ferries, containers, cruise vessels as well as shore-based gas consumers.
She will have a fuel transfer rate ranging from 60 m³/hour up to 1,250 m³/hour. In addition to its size, the vessel is also notable for its ballast-free design. Equipped with Babcock’s Fuel Gas Supply Vessel Zero technology – a scalable cargo handling and fueling solution – Kairos will eliminate the release of boil-off and flash gas to the atmosphere during normal operations.
The number of LNG bunkering vessels has grown from one at the beginning of 2017 to six in early 2018, with these numbers expected at least to double by 2020, multi-sector industry coalition SEA\LNG said. Furthermore, it is forecast that in the next five years 30 LNG bunker vessels could be operating worldwide.
0
Tags: lng 2018 delivered bunkering
Visit Home
Send to friends
Print
Newsletter
Share this news