<![endif]--> The Challenges of Bulk Shipping Market and the Ambiguous Outlook

The Challenges of Bulk Shipping Market and the Ambiguous Outlook 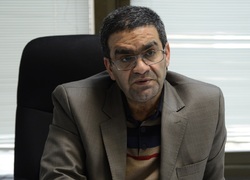 By considering the challenging conditions of the global trade market and the political conditions prevailing on the major players of the world economy, the bulk shipping market is also not safe from the tensions and challenges. It seems like all the factors such as politics, economy, and industry have contributed, and the climate issue has been added to test the ability of shipping companies more than ever, and this is the critical point where management, especially crisis management, can act as a savior. It will rescue this sinking ship in a hurricane and foggy weather to reach the safe shore. In following paragraphs, there is an interview with Ali Akbar Ghonji, CEO of Safiran Payam Darya Shipping Company, to analyze the bulk shipping market and the challenges ahead.

How do you analysis the outlook of bulk shipping market?

Up to now, in 2018 trade tensions, Chinese trade policies and disruptions in supply have existed, and this trend will continue and affect the market, although the growth of the bulk fleet will remain low.

According to fundamental principles of demand and supply, the owners of bulk carriers should have a positive outlook on the future of the market, but there are several external factors that are effective in this market, and the marginal improvement in this market may be negatively affected. These factors can be sanctions and trade wars.

Commercial tensions, China's trade policies, disruptions in capacity with sanctions and reduced scrapping activities, as well as the delivery of very large Vale bulk carriers, have made the future of the market still uncertain, despite optimism.

In the whole maritime trade market there are concerns about the intensification of the trade wars, and the bulk market is no exception. How do you analyze this? Is there any reason for being concern?

China-US trade war has high potential for changing the flow of bulk trade and disturbing the markets of this sector. Both countries have been involved in bilateral tariffs since April 2018. The White House has targeted import of $ 50 billion from China, and Beijing has targeted imports of agricultural products from the United States. In addition to China, the United States has imposed additional tariffs on imported steel and aluminum from its major suppliers, including the Europe, Canada and Mexico.

In addition, soybeans and maize have been changed the trade lane, and buyers and sellers have made changes to their resources. If China implements agricultural tariffs on the imports of US, Brazil will have the potential to compensate for China's imports, exactly if logistical issues are resolved.

Another option is that China chooses domestic production to compensate for the drop in imports from the United States, which will have very bad consequences for the bulk market. In any case, the outcome of the business tensions can be positive for the company, because by shifting the import route of agricultural commodities from the United States to Brazil and Argentina, the ability to enter this market for international transportation will arise.

These days, what are the most important and challenging news for bulk carrier owners?

Several incidents, including industrial events and sanctions, have prevented the transportation of iron ore and bauxite, which may continue. Minas-Rio, iron ore mining project in Brazil, which annually produces 26.5 million iron ore, have been stopped due to technical problems, which is expected to continue until the fourth quarter of 2018. Meanwhile, some events have negatively affected the trade of bauxite and downstream products such as alumina and aluminum. One of these events is a strike in the bauxite mine of Guinea.

The US treasury also imposed sanctions against Russian entities such as United Company Rusal, which is major aluminum producers in the world accounted for 6 percent of the global production, so many of the companies cut off their communications with the company after the sanctions. In total, bulk carrier owners will monitor carefully the developments in the market and the disruptions in the supply of bulk commodities will continue.

How do you analysis the supply side of dry bulk market?

Four Vale Max ships have been operational from the beginning of 2018 and 26 more will be delivered within two years. All of these ships will be used for long-term contracts to carry iron ore on the Brazil-China route. These 30 vessels can carry 48 million tons of iron ore annually from Brazil to China, which will result in making 67 Capesize ships idle. At present, the rate of Capesize ships is lower than all types of ships, and its sharp fluctuations make major changes in the dry bulk index.

Another important issue in this field is the low activity of scrapping, which has been driven by a relative improvement in the market, so that, in comparison to arise of 13 million tons of capacity, only 1.7 million tons were scrapped. While fleet growth in this sector has been lower compared to the growth of trade, the low level of scrapping, despite the new IMO environmental rules, suggests that some owners still have the desire to retain fleets.

How do the structural reforms of the Chinese economy affect the bulk market?

Chinese policymakers have continued to make structural reforms to reduce pollution, although the decline in industrial production had naturally been temporary in order to improve air quality last winter, but the policies introduced to manage long-term growth will reduce shipping.

Canceling financial incentives, reducing credit growth and undermining construction activities will reduce China's economic growth. This reduction will lead to a decline in China's steel demand. Also, China's iron-smelting factories are making changes in order to use scrap iron as inputs, which will reduce demand for imported iron ore.

In this way, it is not surprising that 2018 will be the year of slump for iron ore, as it is likely that China's consumption will be slowing down. In sum, the IMF has predicted China's economic growth to decline 5.5% by 2023.

What is the role of climate change and drought in the bulk carrier market?

This year, grain crops have faced drought challenges in some parts of the world. After several years of steady growth, the agriculture trade has been a major source of revenue for owners of bulk owners, especially Panamaxes on long routes. However, this year, soybeans, wheat and corn, accounting for half of the global grain trade, have suffered from drought.

Argentina has also suffered a severe drought in soybean cultivation, and its production is projected to decline by 14 million tons and reach to 40 million tons. In addition, climate change has also led to a reduction in the production of wheat and corn in Western Europe and the Black Sea. Meanwhile, Canada, another major wheat producer, suffers from drought, which will reduce the country's wheat production and exports. All these changes will lead to higher prices for grains, which will subsequently decrease demand and reduce shipping.

Which factors affect the rates of global bulk market? What about Iran? What is the effect of supply and demand and other effective factors on reduction and increase in freight rates?

In the world, factors such as the BDI, fuel rates, financial costs, and port costs affect the bulk freight rate. Furthermore, due to the fact that bulk transportation are tramp trade and are not liner, a round trip should cover the cost and profits. Therefore, any change in the factors causes the price to change. At the same time, supply and demand are determining factors of rates.

In Iran, changes in different parts such as increase in indexes, demand for transportation in several regions, and the current condition of the country (which leads to the calculation of fuel costs and port costs based on SANA foreign exchange rate), as well as the withdrawal of foreign fleet from the Iranian market have made increase in demand. This issue coupled with an increase in the final price, will make a competitive and unilateral rise in freight rate, and of course this is related to the market.

In the years before the recession, before 2008, the BDI was over 11,000, and even the freight rate for Panamax ships exceeded $ 80,000 per day. Since mid-2016, when the BDI was even below 400, the freight rate fell to less than 7,000 per day. However, human resources, technical, fuel, and other costs always changed with the trends of their own markets and did not follow bulk sector indicators. As a result, in the current situation in which the country faces problems and indicators are increasing, the freight rates are reasonable, and the process runs well and is under control.