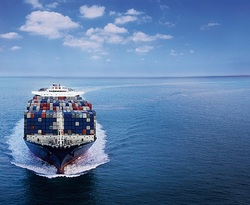 French carrier feels the brunt of burgeoning bunker bills and low rates, however, a 7.4% revenue hike and 9.6% surge in volumes ensures the carrier is one of the few to end the quarter in the black

CMA CGM saw net profit fall by nearly 90% in the second quarter adding to the subdued performance among container shipping’s elite in the reporting period.

The French carrier’s financial results, like those it followed in the liner industry, were weighed by a weak freight rate environment over the quarter and hit hard by spiralling bunker costs, up nearly 30% against last year.

However, CMA CGM, the world’s fourth largest containership operator, was one of only a handful of carriers — fellow European giants Maersk Line, Hapag-Lloyd, and Taiwanese carrier Wan Hai — to finish the quarter in the black, posting a net profit of $22.7m. This compares with a net profit of $213m in the second quarter of 2017.

In keeping with the industry trend, CMA CGM also reported a significant hike in container volumes for the second quarter, rising 9.6% from 4.8m teu to 5.2m teu. Similarly, revenues, buoyed off the back of a jump in box numbers, climbed by approximately 7.4% to $5.7bn.

CMA CGM, with a fleet of more than 500 container vessels, noted a particularly strong showing from its transpacific and Asia-Middle East/Gulf services, in addition to a significant contribution from its South American trade.

Average revenue per container fell by 2.1% against the second quarter of 2017, according to CMA CGM.

However, the group’s earnings before interest and taxes margin came under pressure. A core ebit of $67.1m in the three months ending June 30, reflected a core ebit margin of 1.2%, a development echoing the “sharp rise in unit bunker costs”, said CMA CGM, adding that per tonne bunkers had risen 27.7% on last year.

In response, the Marseille-based line said that it will pursue cost-reduction initiatives, most notably “the optimisation of container fleet management and the improvement of energy efficiency”.

CMA CGM chief executive Rodolphe Saadé said the group is confident about the second half of 2018 off the back of improving freight rates and the carrier’s impressive volume growth. He said this should lead to an improved operating margin.

By James Baker07 Sep 2018Confirming rumours at the start of the summer that the French container line had approached Hapag-Lloyd, CMA CGM’s chief executive said the ‘matter was closed,’ but the company remains on the look-out for acquisition targets Read the full article here

News of the second quarter result comes hot off the heels of Mr Saadé revealing that the group did indeed eye the German carrier Hapag-Lloyd as a potential acquisition target following speculation throughout the summer.

However, Mr Saadé said that despite initial interest the “matter was closed”.