Surge in scrubber orders for containerships to meet 2020 sulphur cap 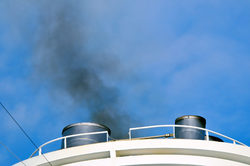 In line with a number of other vessel types there has been a surge in orders for scrubbers for containerships to meet the requirements of IMO's 2020 0.5% sulphur cap, according to analyst Alphaliner.

While currently just 25 containerships have scrubbers installed this number is set to surge to 193 by the 2020 when the sulphur cap for marine fuel comes into force. The vast majority of these will be retrofits to existing vessels, while 33 will be installed on newbuildings.

“Despite investment costs of $5m to $10m per ship, the relatively short payback period for a scrubber system has proven sufficiently attractive for some owners to jump in,” Alphaliner said in its weekly report.

Scrubbers have proved of particular interest to owners of large vessels such as very large crude carriers (VLCCs) in the tanker sector, capesize bulkers, and ultra-large containerships given the relative cost of the exhaust cleaning units and the potential savings from the price spread between high sulphur and low sulphur marine fuels come 2020.

However with less than 200 containerships fitted with scrubbers by 1 January 2020 this will be just a fraction of the 5,300 boxships in service.

“The vast majority of these will still need to switch to low-sulphur fuel, with operators facing higher fuel bills as a result,” the newsletter said.

Moves to switch to LNG as a marine fuel for containerships remain limited with just 20 newbuildings on order and one conversion. Conversions are generally viewed by the market to be too expensive and complex.

“So far, interest in LNG propulsion remains limited due to high upfront investments and uncertainties regarding the - yet unproven - gas bunkering infrastructure,” Alphaliner said.