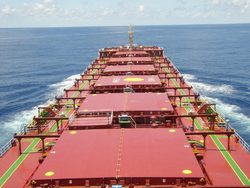 VLCCs: This week, pressure on charterers has mounted steadily and rates have firmed notably. Cargoes in the AG have helped to boost sentiment, and rates on most routes from the AG to the East now stand in the mid WS 50s. The Atlantic market looks strong and despite still having around 90 vessels available up until the end of August, owners are continuing to take advantage of the firmer sentiment.

Suezmaxes: A lack of enquiry in WAF along with a lengthening of the tonnage list from eastern ballasters have kept a lid on rates in the region. Meanwhile, in the Black Sea/Med, with many owners reluctant to go East, Black Sea/Med-East runs continue to pay a substantial premium, whilst in the AG, minimal enquiry all week has kept rates under pressure.

Aframaxes: It was a busy week in the Med/Black Sea market with plenty of activity. However, despite this, rates have remained relatively stable. Elsewhere, the North Sea and Baltic market has come off significantly, with the rate on theBaltic-UKC route falling to WS 75. 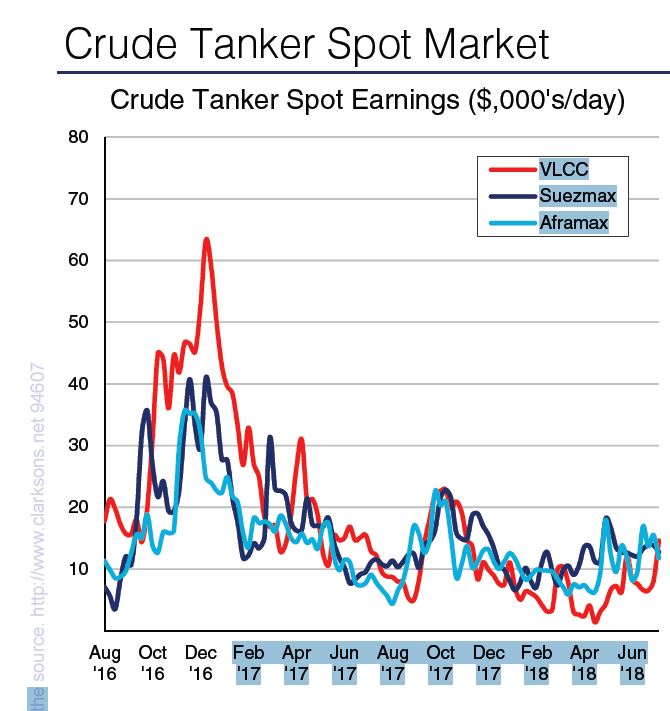 West of Suez: Despite tonnage tightening slightly in the MR market, rates have eased back, with the rate on the UKC-USAC route falling to WS 100. LR1s have seen a lack of activity, with the only fresh enquiry coming out of the Baltic.

East of Suez: This week saw both the MR and LR1 markets come off, with the rate on the WC India-Japan route falling to WS 140. Meanwhile, the LR2 market remained relatively steady, but could potentially soften going forwards.

It was an active week in the European Panamax market, with limited tonnage resulting in rates on routes to the USG rising to end the week at WS 112.5. Rates for Handies and MRs in the Med and Black Sea appear to have topped out and owners are trying to take advantage of firmer rates whilst they last. The UKC market remained quiet this week with limited activity and tonnage. 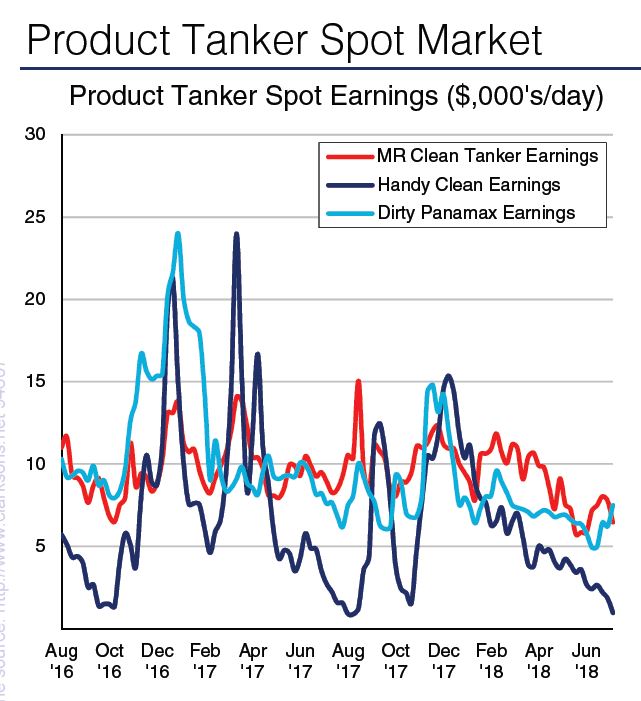 Capesize:
Capesize spot rates rose further this week, primarily reflecting an increase in activity on the Brazil-China route. The spot rate on the Tubarao-Qingdao route reached $24.75/tonne, while average Capesize spot earnings rose to $24,664/day, the highest level seen so far in 2018.
• Panamax:
The trend in the Atlantic was negative this week as tonnage built up in ECSA and owners had to drop their offers later in the week to cover before the weekend. In  the Pacific, rates also generally softened as a result of an increasing number of ships coming available, although with Capesize rates rising there is the potential for some cargo splits to provide support in the short term.
• Handy:
Activity in the Pacific picked up this week, with SE Asia  seeing the majority of the fresh cargo, although this was not enough to see a significant increase in Handysize or Supramax trip rates. Activity in the Atlantic was more limited this week, partly reflecting the summer holidays. 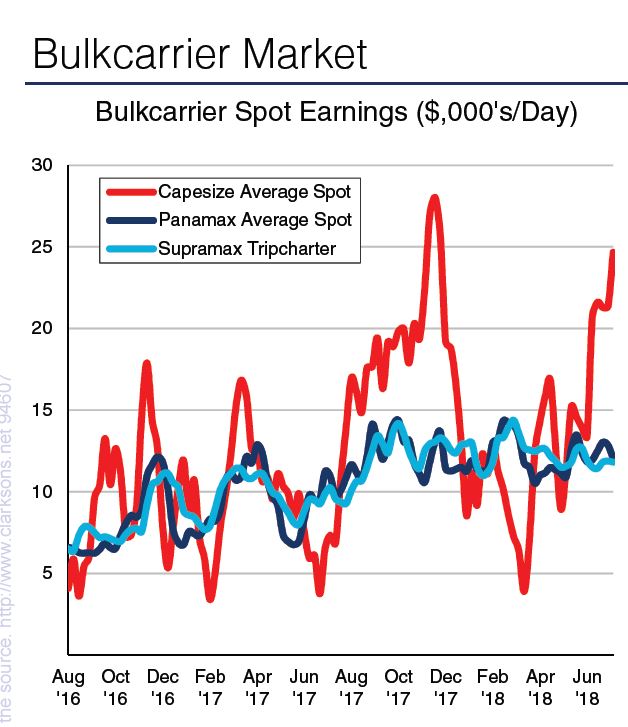 Overall, short term charter rates in the 5,000-8,000 TEU sector softened somewhat in July. Some slight softening in rates for ‘old Panamax’ units was also seen in July, although fixing volumes in this sector (as well as in the ‘feeder’ sizes) remain relatively strong.

Meanwhile, according to the Shanghai Containerized Freight Index, the spot rate on the Asia-US West Coast route stood at $2,074/FEU by the end of this week, up 11% w-o-w, while the rate on the Asia-US East Coast route was up 9% w-o-w reaching $3,099/FEU. Both rates stand well above 2017 average levels. On the Asia-N. Europe and Asia-Mediterranean routes, spot rates remained broadly steady w-o-w at $935/TEU and $881/TEU respectively. 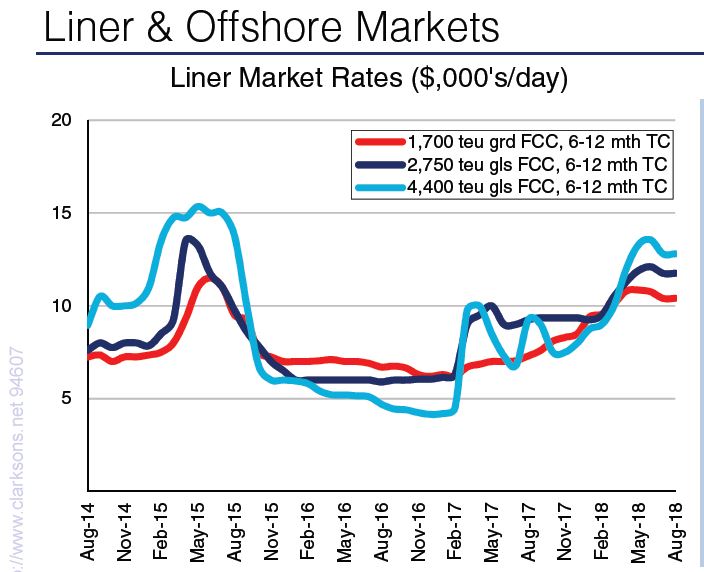 In the bulkcarrier sector, COSCO Heavy Industries has taken an order at its Yangzhou yard (ex. CIC Jiangsu) from Hermes Marine Management, for 4 + 4 x 82,000 dwt Kamsarmaxes. Delivery of the first vessel is due in Q2 2020, with the remainder of the firm vessels scheduled to be delivered throughout the same year. Meanwhile, Zhuhai Port Shipping has contracted 2 x 12,500 dwt bulkcarriers at Wuhu Shipyard, with delivery scheduled in 2019.

Samsung has confirmed an order from Teekay in late July for 2 x 129,000 dwt shuttle tankers. Both vessels are set to be LNG fuelled, with DP2 capability, and are due for delivery in Q4 2020 and Q1 2021. Hyundai Mipo has taken an order for a single 50,000 dwt MR tanker from SK

It has been reported that NYK Line has added a second 174,000 cu.m. LNG carrier to its existing order at Hyundai Samho HI, with this new vessel scheduled fordelivery in Q4 2020. 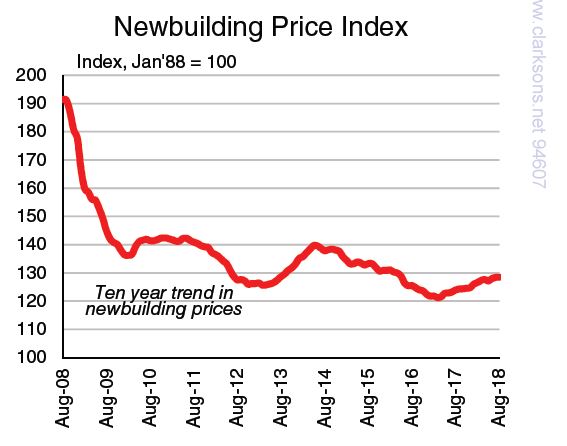