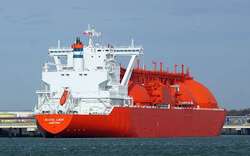 LPG shipping markets have underperformed this year with disappointing US exports and Indian imports. While market participants are still expecting a recovery in the coming quarters, political risks like Chinese tariffs on US propane could further dampen sentiment

FOR the liquefied petroleum gas shipping segment, the journey to recovery has proven uneven and full of obstacles.

Exports from the US, the world’s largest LPG producer, have underperformed owing to healthy domestic demand and pipeline issues. India, one of the demand drivers in recent years, is seeing falling imports with rising domestic production.

Oversupply of tonnage persists in most segments without those two pillars for vessel demand, plaguing freight earnings. Take very large gas carriers, the dominant segment in this sector in terms of total fleet size, for example.

Earnings of handysize carriers, which can often also ship chemicals, are even being dampened by weak olefin trades, Drewry said. Only the segments of vessels below 10,000 cu m is showing signs of life owing to a small orderbook.

Looking ahead, many market participants are still expecting a recovery in the coming quarters, albeit at a slow pace. There are still significant risks ahead, though, not least due to some of Donald Trump’s policies that could hit Iranian exports and US-China trade. Even as the worst seems be over, better times have yet to arrive.

LPG shipments from the US, the biggest contributor to tonne-mile demand growth this decade, has been disappointing in recent quarters.

Since the end of 2016, US LPG exports have peaked between 1.1m barrels per day and 1.3m bpd despite rising shale output, data from the Energy Information Administration shows.

While total exports for the first three months of this year were up 1.4% on the year at 114.6m barrels, the US raised sales to Canada and Mexico while cutting those to Japan, China and South Korea — a bearish development for longhaul shipping demand.

The US on average experienced a colder-than-usual winter, with propane consumption rising on heating demand. That pushed up the propane price and closed the arbitrage window. Domestic inventories fell for almost seven months.

While weather conditions are often a one-off, further logistics infrastructure is required if US exports are to experience explosive growth again. But development is happening more slowly than expected: Energy Transfer Partners’ Mariner East 2 pipeline, which is estimated to raise Marcus Hook’s VLGC exports by five to nine shipments per month, is now due to come online in the second half of this year after months of construction delays because of work stoppages by Pennsylvania regulators.

Still, market players expect further growth in US exports for the long run, as the country’s producers will need to find overseas markets in which to sell those by-products of shale output.

According to BW LPG estimates, net exports from the US could rise to 29m tonnes in 2018 and 34m tonnes in 2019, compared with 27m tonnes last year. Mariner East 2, coupled with Enterprise Products Partners’ Shin Oak pipeline, Targa Resources’ Grand Prix pipeline and the Epic NGL pipeline are expected to lift US exports above the 2m bpd market when they are commissioned in the coming years, Stifel estimates.

China’s 25% tariff on US propane

US exports are also threatened by the current trade wars. In June, the White House imposed additional tariffs on $50bn-worth of Chinese goods, prompting Beijing to retaliate by imposing an extra 25% tariff on US propane, along with other products.

This could put a large chunk of long-haul shipments at risk even as Beijing has yet to announce a definite date for the introduction of the tariff. Since last year, China has emerged as one of the top three buyers of US propane, representing the largest stream for US natural gas liquids, due to healthy demand in its petrochemical sectors.

US cargoes have been attractive to Chinese buyers owing to their relatively cheap prices, while the expanded Panama Canal has reduced voyage time. However the extra tariffs mean Chinese importing firms will not find US propane attractive in most cases.

How this will affect cargo flows will mostly depend on propane prices in different regions. In a better scenario for VLGC owners, China’s buyers will swap their US cargoes for the Middle Eastern cargoes of Japanese and South Korean importers, and total tonne-mile demand will be little affected.

However, it is also possible that US producers will be forced to sell more to Latin America, and shipments in such trades tend to be on smaller-sized vessels. They may also build up stocks while waiting for Washington and Beijing to resolve their trade dispute.

In sum, large uncertainty is looming over this buoyant VLGC trade, and vessel operators will need to prepare for the potential shake-up in cargo flows.

Mr Andersen pointed out another possibility. As a large portion of Iranian exports are shipping on dedicated older tonnage, he believed those trades would continue even with sanctions looming. “If the trade disappears, few of these ships will be able to compete in the international markets, mainly because of uneconomical consumption,” Mr Andersen said.

The global trading fleet is no longer growing in the double digits as it was earlier this decade. Still, as the large newbuilding tonnage delivered earlier is not fully absorbed because seaborne trade has not exactly shown astonishing growth, capacity expansion remains too high for owners’ liking — especially in the large-sized segment.

Moreover, LPG tanker owners still tend to operate their ships beyond the age of 25. The large-size fleet is relatively young, limiting candidates for scrapping. And those factors will remain even as the International Maritime Organization’s upcoming bunker and ballast water regulations will provide more incentives for demolition.

A more positive development is on the newbuilding side. After a spike in orders in December-January, newbuilding activity has cooled down with yards unwilling to cut prices amid firm steel prices. Lloyd’s List Intelligence data showed the total orderbook accounted for 16.4% of the trading fleet as of early May; while this figure is still high, oversupply may start to ease by end-2019 if newbuilding orders remain limited.

What could happen in an industry where the number one player acquires the number three and becomes several times larger than its closest competitor? Will its clients and competitors feel threatened, or embrace such a development?

While Dorian LPG’s board has rejected BW LPG’s merger proposal, citing undervaluation, BW LPG has yet to give up. Such a merger, if realised, will create a mega fleet that commands 25% of the world’s VLGCs and 17%-18% of total LPG shipping capacity, based on our estimates. Its size will almost triple that of Petredec, which has a 4.9% share in total capacity.

This would be an unprecedented behemoth. The container shipping industry is highly concentrated, but no merger in bulk shipping has come close to controlling this size of market share.

Several analysts have pointed out that a BW-Dorian merger might have strong bargaining power in freight markets owing to its size. But the other side of the coin would be whether this would create competition issues. Antitrust authorities are relatively familiar with liner operations, but a new mechanism might be required if they need to evaluate this unparalleled animal.

That said, BW LPG chief executive Marin Ackermann has said the highly competitive LPG shipping markets would not demonstrate any pricing power “for anybody”. And some of his peers have responded positively to the merger.

While seeing the mega fleet could raise questions from competition authorities, Mr Andersen, whose company is the number five player, thinks this deal should be allowed to go ahead with the continued expansion of the global VLGC fleet. “We think consolidation is a good thing in general. Larger units can offer more flexible service to its customers, better liquidity to its owners and probably also secure better terms and conditions in the finance markets,” he said.

Epic Gas chairman Charles Maltby also reckons that efforts to save overheads and obtain larger, higher quality fleets via consolidation seem logical, maybe even essential. Faced with low rates and tight financing, owners need to have broader and stronger balance sheets so they can invest to meet safety and environmental requirements, said Mr Maltby, whose company focuses on the pressurised segment.