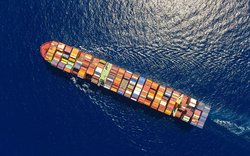 Owners have had little to get excited about this week. A quiet period has caused sentiment to soften and, as a result, rates have declined wow. Charterers in the East have been particularly quiet and without the usual constant flow of enquiry requesting modern well approved units, owners have had difficulty resisting the drop.

Rates finally gave way to the oversupply of tonnage in WAF and the week ended with the rate on the WAF-UKC route down w-o-w at WS 67.5. Going into next week, it’s likely that this softer market will persist as the position list lengthens. In the Med, rates ticked up during the early part of the week, but as enquiry slowed owners failed to push any higher.

In the Med/Black Sea, in spite of a fair amount of enquiry, the market struggled to navigate itself away from current low levels, with cross-Med rates closing the week at around WS 75-80. Issues at Eastern Libyan load ports remain the headline news in the Med. 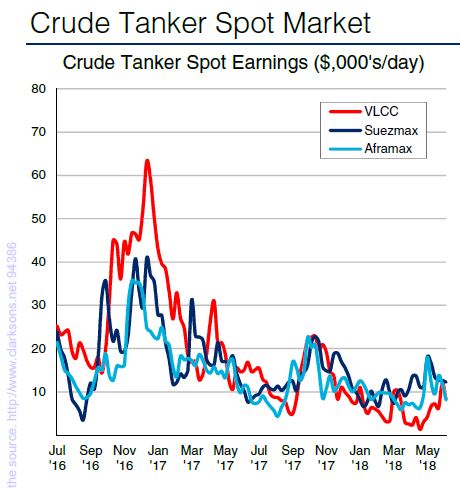 West of Suez: The Handy market remained flat across the board this week, with rates settling at WS 120 cross-UKC due to a lack of activity and ample available tonnage. In the MR transatlantic market, there is still a lot of prompt tonnage to be absorbed, but with current levels relatively low there could be some further resistance from owners in the near future. Meanwhile, LR1 and LR2 rates softened this week.

East of Suez: It was another week of clearing out tonnage in the MR market, although rates should start to climb next week. The LR1 market remains steady, with the rate on the Gulf-Japan route holding at WS 120, whilst rates for LR2s have softened slightl

For the first time in a while, the dirty Panamax market has seen a rise in activity, predominantly from the UKC to the US. However, this increase has not had much impact on rates, with plenty of tonnage remaining to absorb outstanding cargoes, with rate son this route ending the week flat w-o-w at WS 102.5. 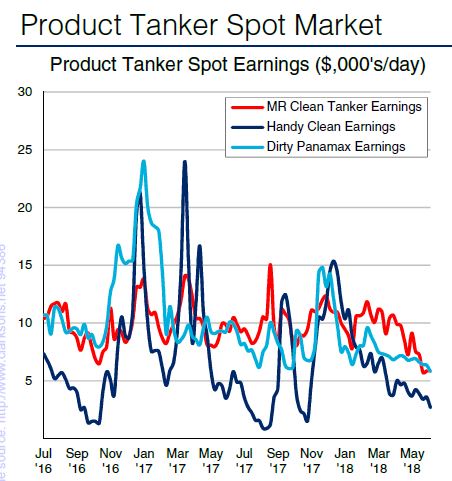 The week started off on a softer note in the Capesize market, before increasing activity, particularly on fronthaul and transatlantic routes, helped to lift rates towards the end of the week. The spot rate on the Tubarao-Qingdao route stood at $20.50/tonne by the end of the week, up slightly w-o-w.

Panamax spot rates in the Atlantic generally improved through the week, with sentiment rising as cargo volumes out of the USEC and Baltic/Continent increased and spot tonnage cleared. In the Pacific, rates softened further as activity softened and tonnage lists in the basin remained relatively long. Overall, average Panamax spot earnings softened 5% w-o-w to $11,840/day. 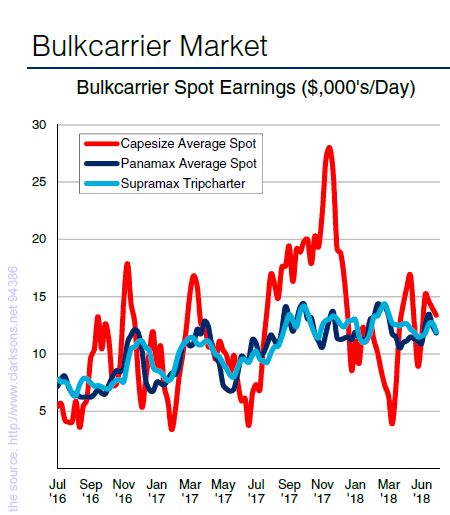 Supramax trip earnings in the Pacific softened this week as a steady flow of cargo from Indonesia and Australia was not enough to clear the available tonnage. Rates in the Atlantic also generally weakened slightly.

Activity in the containership time charter market softened this week, with rates remaining broadly flat or seeing slight movements across the vessel sizes. 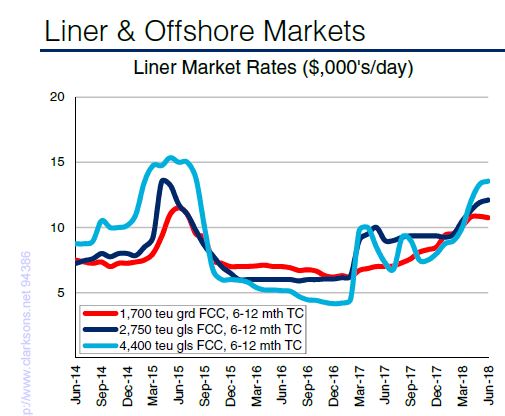 In the bulk carrier sector, CSSC Shipping Leasing has placed an order for 4+ 2 x 120,000 dwt Capesize bulkers at Huangpu Wenchong. Upon delivery, due for 2020, the ‘mini-capes’ are set to be chartered to Cargill. Dae Sun Shipbuilding has won their first bulker order for a number of years, with Korean Shipping Corp contracting 2 x 19,500 dwt Handysize bulkers at the yard, due for delivery in Q1 2020. It is also understood that Wisdom Marine has placed an order for one 82,400 dwt Kamsarmax bulker at JMU Maizuru Shipyard, due for delivery in Q4 2020.

Despite Eid coming to an end, there appeared to be a slowdown in activity this week, with a reduced supply of tonnage and unfavourable currency movements. In Pakistan, recycling yards are starting to factor in the cost of the new sales tax, coming into effect next week, restricting the potential for any improvement in rates.

Chinese steel production rose 12% y-o-y to a record 81mt in May 2018, largely driven by an 8% y-o-y increase in blast furnace iron production to 67mt, the fastest growth in over a year.

Australian rail operator Aurizon has confirmed that its maintenance changes introduced earlier in the year on the Central Queensland Coal Network have resulted in a 5-6mt drop in coal railings in 2018 so far. Coal shipments from major Queensland terminals in Jan-May 2018 rose 17% y-o-y. 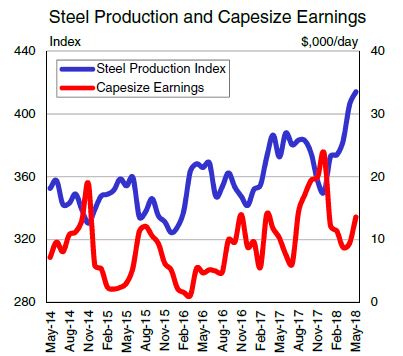