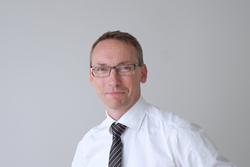 The enforcement of the 2020 sulfur cap and seek to find the best solution for carries to comply with this new regulation, China-US trade war and digitalization are among the most significant issues in the shipping industry. In order to collect more on this issue, MANA correspondent has conducted an exclusive interview with Peter Sand, Chief Shipping Analyst at BIMCO. Peter Sand joined BIMCO in 2009 and holds the position of Chief Shipping Analyst. In this position, he is responsible for analysing the commercial markets for dry bulkers, tankers and containerships.

Nations meeting at the International Maritime Organization adopted an strategy for initial five- year the reduction of greenhouse gas emissions from ships, how do you evaluate the outcome of this meeting?

It is a landmark in the effort to reduce GHG emissions from the global shipping industry, and something that every other industry could look to for inspiration. The agreement is a very ambitious one, but still in our view not impossible. Investments in research and technology are required too to pursue effort beyond the current target – phasing GHG emission out.

BIMCO will engage in the work with a view to ensure a level playing field and measures which are practical and workable in the industry.

Given that the enforcement of the 2020 sulfur cap will be associated with higher costs for ship owners and carriers, what do you think about the impact of this regulation on shipping industry, human health and environment? Moreover, in your opinion, what will be the best solution for carriers to complying with this regulation?

I think that 2020 Sulfur Cap is one of the most important events in the near future for both shipping industry and the whole world. Moreover, it’s a significant cost item that all shipping companies must consider how to deal with. This regulation is one of the most expensive one to implement ever. The phase out of single skin tankers may be the only other regulation that invoked huge cost on the industry.

BIMCO and other industry organizations, proposed a prohibition to the MEPC 72, on the carriage of fuel oil exceeding 0.50% m/m sulphur, which is intended for use as bunker. MEPC 72 agreed on it, and thus largely improved the possibility of Port States to provide a robust enforcement of the 2020 sulphur cap regulation. As sulphur is a ‘local irritant’ the regulation is likely to improve the sulphur-related air pollution in largely populated area along the main shipping areas.

In the high seas, the sulphur content of the fuel does not make much difference. This is significantly different to GHG emission, which are ‘global irritants’, meaning the impact is felt everywhere regardless of where it is emitted. Well, you must comply with trade. What will be the best solution depends on what kind of ships you have, their trading patterns and the way they are deployed (i.e. who pays for the bunkers?).

Do you think that the ships are required to be equipped with some new facilities?

Only in the case that you go for LNG and/or scrubbers – will you be in a need to equip your existing or new built ships with some new facility.

What is the impact of Trump trade war with China on different sectors of market including, tanker, container and bulk, particularly in the maritime transportation of Persian Gulf region?

Any trade war that limits globalization will hit the shipping industry, there is no doubt that no one is winner, regardless of the political level, in other words, both parties will be loser, because what they will achieved from this kind of trade will be higher prices, lower quality, and less diversity in products. From a shipping perspective, we hope that it will end soon.

However, Currently, we can see just limited effect on oil tanker market.

The shipping of soya beans from the US to China is one of the most significant ‘one commodity’ cargoes that may become affected by the trade war between the US and China. Soya bean trade lanes will be affected if the Chinese buyers shy away their traditional suppliers because of the extra cost from the proposed tariff on US soya beans.

A move that may favor Brazilian ones further, which also holds a higher protein content. As US soya bean exports are currently out of season, the first indication of the effect will be an indirect one, as the Brazilian soya bean exports’ season is just about to lift off, peaking in May-July. The uncertainty in the shipping market has already been felt. Anecdotal evidence of fewer US gulf cargoes heading for China is an indicator of this. Change in pricing of soya beans is another effect already seen.

In terms of volume, the coming months will show us exactly how much Brazil can further ramp up its exports to China. Brazil is already the leading provider of soya beans to China, but unable to become a full substitute for US exports this year.”

What do you think about the impacts of JCPOA on international shipping? And what is your prediction, if this deal can not be saved?

The Iranian maritime transportation market has been largely affected by the sanctions seen for many years. In contrast to that, the JCPOA is a huge step in the right direction. It benefits local shipping interest and involves global shipping interests too. Bringing Iran closer to the rest of the world, by promoting trade.

The global shipping industry provides prosperity to any nation involved in trading. Exporting cargoes where you hold a comparative advantage and importing cargoes where other nations have it, benefits both. The latest development where US sanctions are potentially reimposed on Iran can affect ports and shipping from November 2018 – but will likely do so even before that. The impact may bring back some difficulties for Iran and its business partners. Hopefully, the positive effects of the JCPOA on Iran and global shipping will not become fully rolled back. But only time will tell and hopefully diplomacy and pro-trade interest will prevail.

What elements are necessary for a digitalized shipping industry? Is it considered as a threat to workforce?

As BIMCO President Papagiannopoulos puts it “I think we are now at a stage where we, as ship owners, have to spend money on technology”. Above all you need to know your purpose – what is it that you are going to ‘solve’ by digitizing or applying a technology.

You will only get poorer and more confused if you do not have a clear picture of what you want to achieve by digitalizing your individual company. A clear example of what the industry wants to achieve by applying technology – is the BIMCO (and partners) project that can reduce the administrative workload for ship masters by 80% in connection with port calls.

Another digital industry target that BIMCO is putting a lot of efforts into, is standardisation of a ships data. In partnership with SHIPDEX, we link data from Original Equipment Manufacturers, shipyards, owners and onboard the ship to ensure that a ships’ documentation is current, specific and available. All of this will naturally require new skills / updated skill from seafarers. At BIMCO we believe in lifelong learning – at sea as well as onshore. Much talk about autonomous/ unmanned ships has also contributed to some worries in the industry and amongst seafarers. Will there be no need for having a responsible crew onboard in the future? Yes, there will. But it will most likely be differently composed from today, requiring another skill set and potentially also fewer members. Right now, the IMO legislation does not allow for unmanned ships at high seas – that may change somewhat along the way.

Do remember take Cyber Security seriously. Three years ago, BIMOC lead a cyber security initiative on behalf of industry associations, and we are quite proud of that. Cyber Security is now firm on the industry agenda. ‘Guidelines for Cyber Security Onboard Ships’ can be downloaded for free from BIMCOs website.

For 2018, BIMCO expects the amount of capacity leaving the fleet for demolition to go down slightly. This is due to a lower level of newbuilt deliveries and expectations of slightly improved demand growth in the second half of 2018. We are now expecting the crude oil tanker fleet, as well as the oil product tanker fleet, to grow by 2.5%.

In bulk sector, 2018 is the year of opportunity. The fleet at the slowest pace is growing since 1999, and solid growth in demand means that the dry bulk shipping industry should be facing another year of improvement to the fundamental balance.

New orders are also being placed at an increasing pace. The break in ordering from December 2015 through August 2017 was one to cherish. The idle containership fleet has almost disappeared. Alphaliner counts only 65 ships on their list with a combined capacity of 191,441 TEU as of 5 February 2018. In real terms, this means that nominal fleet growth will have a bigger effect on the market balance, as the temporary idling and re-activation of ships becomes negligible.

Overall demand growth is expected to be lower than in 2017, but still high enough to potentially improve the fundamental market balance.