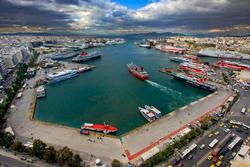 The Annual General Assembly of the PPA S.A. shareholders took place yesterday Friday, June 22nd 2018 with a quorum of 84.06 % and main issues the Approval of the Annual Financial Statements and the Dividend Distribution for the financial year 2017 which, as the Board of Directors proposed, amounts to € 0.1712 per share, compared to € 0.0892 of the previous year.

The turnover amounted to € 111.5 million compared to € 103.5 million in the corresponding period of 2016, showing an increase of 7.7%. Profit before tax amounted to € 21.2 million compared to € 11.0 million in the year 2016, showing an increase of 92% and the net result is shown improved by 68.6% to € 11.3 million compared to € 6.7 million of the year 2016. This is the best profitability achieved by the Company during the last decade, reported by MANA correspondent.The CEO of PPA S.A. Capt. Fu Chengqiu during the presentation of the results, stated:
“The 2017 was the first entire year of the new Management at the port of Piraeus and was marked by positive results. We believe that the implementation of our investment plan, which is already in progress, will further improve both the operational function and the economic efficiency of PPA S.A. This improvement has already begun and appears in the first months of 2018, which is expected to be another positive year”.
Furthermore, regarding the progress of the investment plan, he stated: “We have submitted the Master Plan of the port to the competent institutions and we expect the approval of the state to proceed immediately to the implementation of the mandatory investments provided by the Concession Agreement with the Greek State”.