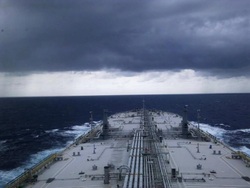 Earlier this year in New York City the Exhaust Gas Cleaning System Association (EGCSA) held its annual meeting to discuss the business, technologies and future of scrubbers as a solution to the looming IMO 2020 fuel rules. At the meeting, Maritime Reporter & Engineering News was afforded the opportunity to pick the brains of several leading executives to help understand the challenge and promise that scrubbers provide.