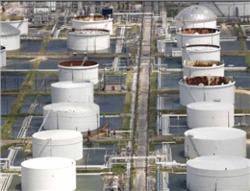 Oil can be considered as the most political commodity of the modern world, because today this black material is one of the main aspects of the world political relations. Therefore, since politics always shadowed this market, the oil market can be considered the most unpredictable market in the world, because it is more affected by external factors than its internal factors. The same external factors cause the price of black gold to increase to over $130 per barrel and go down below $30 per barrel within a short time. So the future of this market has always been in a state of ambiguity.