The rise of oil prices in the past few weeks will translate into higher bunker costs, but not change the current balance in the market and thus freight rates. 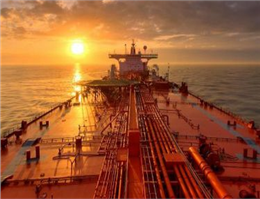 In its latest weekly report, shipbroker Gibson said that “last night saw ICE Brent close at $73.78/bbl, the highest since November 2014. Oil prices have been on a rollercoaster journey over the past four years. Geopolitical risk, most notably ongoing Libyan disruptions and the fall of Mosul to ISIS drove oil prices up to $115/bbl in June 2014. Then the battle between US shale oil and OPEC dominated oil price movements, pushing Brent below $28/bbl in January 2016, despite Mosul remaining in the hands of ISIS, and Libyan production remaining under pressure”.

Gibson added that “since bottoming out in early 2016, oil price movements have, until recently, been dominated by supply and demand balances. OPEC’s strategy to curtail production and raise prices took time to gain traction. Values had gradually firmed throughout 2016 as US shale output fell in line with lower prices and received an extra boost later in the year as OPEC folded on it’s strategy to defend market share. However, it took until the second half of 2017 before oil prices showed a clear upwards trajectory, again driven by OPEC’s collective action rather than geopolitical factors. That story is, however, now changing. OPEC and its allies are close to achieving their objective, with sources close to OPEC suggesting oil stocks were just 12 million barrels above the 5-year average, whereas the glut of oil at sea has all but evaporated. Now against a backdrop of tighter supply/demand balances, a seasonal uptick in demand and a backdrop of political uncertainty, oil prices are gaining increasing support”.
According to the London-based shipbroker, “perhaps the biggest political factors driving oil prices today are the threat of sanctions being reimposed on Iran, which could see production fall back towards pre-sanctions relief levels (down 800,000 b/d); significant production declines in Venezuela, which have seen output fall 580,000 b/d YOY; the war in Yemen, which recently saw an attack on a VLCC and heightened tensions between Saudi Arabia and Iran; and of course, although of little direct impact on oil markets, conflict in Syria. Perhaps the only area, where tensions have eased back, have been between North Korea and the United States, which could ignite once again if planned talks end badly”.

“But should the oil markets really be that concerned? Undoubtedly, oil supply/demand balances are tighter. However, production increases from Brazil and the United States alone this year could supply the estimated 1.5 million b/d increase in world oil demand, even before smaller increases from other sources are accounted for. Even if production declines in Venezuela were to accelerate and sanctions were to be reimposed on Iran, Saudi Arabia and its Gulf allies alone have sustainable spare capacity in the region of 3 million b/d. This would of course support prices further but the market would likely remain adequately supplied”, the shipbroker said.
“For tankers, the most notable impact in the short term will be higher bunker prices. Further down the line, higher prices could stimulate increased marginal barrels to flow into the market but at the same time potentially put downwards pressure on demand. The future direction of the market remains finely balanced”, Gibson concluded.
Meanwhile, in the crude tanker market this week, “May VLCC fixing got properly underway but for Owners it was the same sorry story they had endured for late April and rates continued to operate at little better than ws 40 to the East for even the most modern units, and with older ladies accepting into the low ws 30’s. West runs were very few and far between and rate demands remained theoretically in the high ‘teens’. Oil prices, and therefore bunker prices, have moved noticeably higher, so Owners will be striving to add a Worldscale point/two merely in compensation, though it will need a serious fixing push by Charterers to allow for any net upward movement to be engineered. Suezmaxes lost most of their previous shine as volumes dropped away and Owners once again had to face rates at down to ws 24 to the West, and to ws 62.5 to the East with no early turnaround likely. Aframaxes held their lines, as was expected, at 80,000mt by ws 90 to Singapore and could yet add just a little more if the fixing pace maintains”, Gibson said.
0
Tags: tanker PRICE oil price 2018
Visit Home
Send to friends
Print
Newsletter
Share this news