Global Port Throughput at A Glance

The transportation sector can be considered as a strong and influential factor in terms of economic development. It plays a paramount role in linking the countries to the world economic market. On the other hand, ports constitute an important and critical economic activity in coastal areas and offer a huge potential for flourishing and thriving economy. 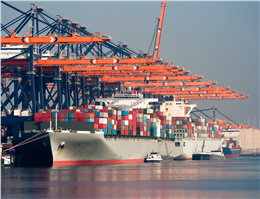