CONTAINER shipping remains a competitive industry despite the wave of consolidation that has swept the sector, according to research from Drewry. 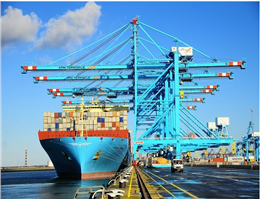 According to MANA, Following completion of the remaining deals that will see OOCL become part of Cosco, and the three big Japanese carriers merge their container operations to form the Ocean Network Express, the leading seven carrier groups, inclusive of all subsidiaries, would control approximately 90% of the active containership fleet as it stood on October 1, Drewry said.
Despite this concentration, the sector remained highly competitive by standard measures, it added.
Using the Herfindahl-Hirschman Index method to determine competitiveness, Drewry found that container shipping still operated as a “competitive marketplace”.
While the overall picture appears to indicate that shippers have nothing to fear from consolidation, the competition levels do differ markedly at the trade route level.
“The industry is heading towards a scenario whereby a small handful of dominant carriers dictate matters, but there is still healthy competition in most trades for now,” Drewry said. “Shippers will need to stay watchful for deals that impact their main routes.”
0
Visit Home
Send to friends
Print
Newsletter
Share this news