<![endif]--> Tanker Ordering Up by 17 Pct despite Anticipated Headwinds

Tanker Ordering Up by 17 Pct despite Anticipated Headwinds

Shipowners appear to be unfazed by the likelihood of low profits continuing into the next year, mainly driven by the continuing excess supply of tankers, as they have intensified their ordering in 2017. 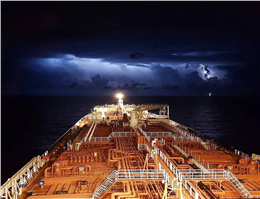 Specifically, tanker newbuilding orders have increased year to date by 17 percent when compared to 2016, according to MANA correspondent reported cited by Intermodal’s Research Analyst George Panagopoulos.
The owners are likely to have been lured in by the attractive pricing of new tonnage offered by the yards, which are struggling to overcome the industry slump.
Sales and purchase activity of second-hand tonnage has also picked up somewhat when compared to last year’s figures, with 340 tanker transactions recorded against 333 reported in 2016, Intermodal’s data shows.
The ongoing market challenges have seen prices of tanker assets go down considerably, especially when considering tankers older than ten years.
Going forward, scrapping of older tonnage to combat tonnage oversupply is further hampered as the fleet keeps on getting younger.
“Indeed, taking into account the scheduled deliveries next year and the fairly young average age of the tanker fleet that sets a rather low ceiling to the number of potential demo candidates, we wouldn’t be surprised to see way more attractive second-hand prices next year and a consequent spike in SnP interest/activity,” Panagopoulos said.
The third quarter of 2017 saw tanker fleet utilization drop to levels last seen in 2013, according to Clarksons, which indicated that Q3 2017 will represent the bottom or near bottom of the current market cycle.
However, shipping consultancy Drewry paints a gloomy picture for 2018, forecasting that freight rates will further drop in 2018 amid an expected slowdown in China’s crude stocking activity.
Although tonnage supply growth in the crude tanker market is expected to come down to 3.2 percent in 2018 after surging by close to 6 percent each year in 2016 and 2017, this will not be enough to push tonnage utilisation rates higher as demand growth is expected to be sluggish, Drewry said in November.
Fitch Ratings agrees with the forecast, as the glut of new vessel deliveries and limited scrapping of older ships means the global tanker market will remain oversupplied in the near term, keeping freight rates low and shipping company credit metrics under pressure in 2018.
The rating agency expects capacity to have increased by 5-6 percent by the end-2017 from a year earlier.
0
Tags: tanker 2018 newbuilding profit
Visit Home
Send to friends
Print
Newsletter
Share this news