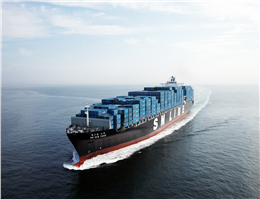 The report quoted company sources saying that SM Line is proposing various cooperation measures including joint operations with HMM for this purpose, MANA correspondent reported.
SM Line expected that its joint operation of services to the east and west coast of the US with the Hyundai Merchant Marine would generate synergies such as boosting the two companies’ competitiveness including an improvement in their cost structures.
SM Line, which launched one Asia-US west coast service in April after it purchased the transpacific assets of bankrupt Hanjin, is still to turn a profit, according to analysis by Alphaliner. It has purchased a total of 21 vessels.
The shipping company is currently running a total of 11 routes to the Americas, Asia and the Middle East.
0
Tags: HMM SM Line Asia cooperation
Visit Home
Send to friends
Print
Newsletter
Share this news