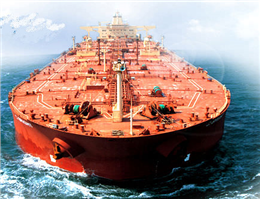 According to MANA, In a Nordea Markets forum, Euronav chief executive Paddy Rodgers stressed that the market woes were due to the global trading fleet being “too big” and “a bit too young”, but that the supply overhang could ease next year if there is sufficient scrapping.
The pace of scrapping crude tankers has picked up this year amid rising demolition rates, with Lloyd’s List Intelligence data showing 32 units scrapped in the year to date, compared with nine over 2016 and 10 in 2015. Some analysts have predicted new regulations in ballast water treatment and bunker sulphur limits will drive more aged ships to junkyards in 2018-2019.
The market has about “35-40 ships of oversupply” — a figure which would not be too difficult to overcome given robust oil demand growth and emerging longhaul trades from the Americas to Asia, Mr Rodgers added.
DHT Holdings’ co-chief executive Trygve Munthe did not want to be drawn on the timing of a recovery, but he pointed to falling global oil inventories as a sign that a rebound might not be far away.
Commercial crude stocks of the Organisation for Economic Co-operation and Development stood at 1.5bn barrels in September, 8m barrels lower than the year-ago level but still 129m barrels higher than the five-year average.
Once the inventory level “normalises”, refineries across the globe will need to rebuild stocks again, boosting demand for tankers, Mr Munthe added. “The situation we are in now is going to be reversed at some point.”
Their views are roughly in line with those of analysts surveyed for Lloyd’s List’s annual earnings forecast, which showed daily earnings of very large crude carriers were expected to rise to $26,240 in 2018 from $24,048 this year, those of suezmaxes to $19,012 from $15,968, and aframaxes to $15,648 from $13,182.
Looking ahead, Mr Rodgers urged owners and financiers to constrain newbuilding orders to keep the orderbook size from growing after recent shrinking, paving the way for a sustainable rate recovery by the end of this decade.
He called on owners to look away from export credit agencies in shipbuilding nations, which promote newbuilding to support domestic shipbuilding industries, and from brokering agencies, which rely on new orders for income on some occasions.
“Agency issues are killing the industry” as they could lead to persistent oversupply, Mr Rodgers said.
0
Visit Home
Send to friends
Print
Newsletter
Share this news