The outlook for the Asia-West Africa trade is improving, but there is much ground still to recover, shipping consultancy Drewry said. 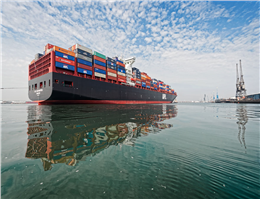 According to MANA, container throughput during the third quarter of this year in the southbound Asia to West Africa trade grew at its fastest rate since the last period of 2014, rising by 7% year-on-year.
This built on the 3% growth recorded in the second quarter, which marked the first upswing in over two years. The latest figures yielded a year-to-date growth rate of 3.2% with volumes landing just over 900,000 TEU after nine months.
As this trade is highly exposed to the vagaries of the oil market, with the major oil exporting nations in West Africa being highly dependent on foreign exchange earnings to fund imports, the rise in container volumes seen in 2017, therefore, can be partly attributed to the rising oil market.
Prompted by improving volumes and freight rates, operators in the Asia-West Africa trade introduced a large slug of additional capacity to the market from August, which led a drop of 25% in the value of spot market freight rates.
Looking forward, this trade is set to see similar volumes in 2018 as well, with some modest growth potential.
“While the demand outlook is improving there is little reason to expect any great surge in inbound volumes into West Africa next year. Having got greedy, carriers will be more wary of adding too much capacity to this trade in one hit in the future,” Drewry concluded.
0
Visit Home
Send to friends
Print
Newsletter
Share this news