A powerful 7.0-magnitude earthquake struck off the eastern coast of New Caledonia on Monday, triggering a brief tsunami warning and evacuation alert but causing no significant damage, local officials said. 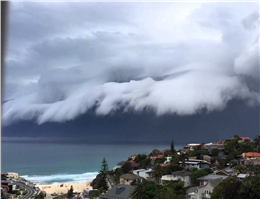 The US Geological Survey said the shallow tremor hit approximately 82 kilometres east of the lightly populated Loyalty Islands at around 09.45 am (10.45pm GMT), MANA correspondent reported.
The Pacific Tsunami Warning Center initially issued an alert saying areas within 180 miles could be affected, including Vanuatu and New Caledonia, whose capital Noumea sits some 250 kilometres east of the epicentre.
It said that tsunami waves had been ‘observed’ but gave no location or further detail.
Sirens sounded briefly along coastal areas of the Loyalty Islands with some residents told to evacuate. However, after an hour they were advised to resume normal activities but to remain vigilant for aftershocks.
0
Tags: EARTHQUAKE Australia
Visit Home
Send to friends
Print
Newsletter
Share this news