The United Nations Conference on Trade and Development (Unctad) has confirmed Greek shipowners remain the dominant force in the global industry, topping operators overall based on fleet capacity, while heading the wet and dry categories, and rising to third among containership fleets. 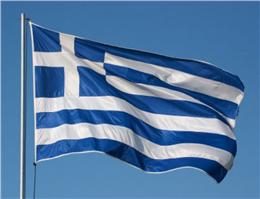 In its latest review of sea transportation, Unctad places Greece top in terms of cargo carrying capacity at 309m dwt, followed by Japan, China, Germany and Singapore, MANA Correspondent reported.
Together, the five countries have a market share of 49.5% of dwt. Greece ranks third among the top five countries in terms of estimated commercial value behind the US fleet's value of $96bn, and Japan. China and Norway follow.
According to the Unctad report, the global share of Greek-owned vessels in terms of dwt was 16.71% in January 2017 of the world total and the share is rising. In the same month in 2016 it was 16.36% and 15.53% in 2009, demonstrating the sector's strong potential for further growth.
At the beginning of 2017, Greeks owned 4,199 vessels with a capacity of 308.8m dwt versus 4,136 ships with a total cargo carrying capacity of 293.1m dwt in January 2016. At the same time, however, the number of Greek-flagged ships declined in January with the Greek shipping register decreasing in size. Sector insiders are citing increased bureaucracy for the drop.
A particularly interesting stat to emerge from Unctad's Maritime Transport Review 2017, is Greek shipowners' increased share in the containership market. It is quite remarkable: This is one of the sectors where the crisis in freight markets was particularly acute, so it is of additional significance that the Greek share has grown, mainly at the expense of German owners, to reach 8.13% in container capacity terms, compared to less than 3% 2000.
Greek-controlled containerships number 563, with an average capacity of 3,224 teu. At the same time, the world share of the German-owned container ship fleet has dropped from over 30% a few years ago to 21.46%. The average capacity of the 2,100 German ships is 2,277 teu.
According to Unctad, the world fleet has been decelerating for the fifth year in a row. At the beginning of 2017 it had a commercial value of $829bn. Also, the commercial fleet grew by 3.15% in 2016, compared with a 3.5% growth in 2015.
Unctad said factors that may hinder growth include China's efforts to further expand its economy, domestic demand, US trade policies, and uncertainty due to Brexit.
0
Tags: Greek Shipowners 2017 flag fleet
Visit Home
Send to friends
Print
Newsletter
Share this news