<![endif]--> Bitumen Business in Iran, from the Past till Now

Bitumen Business in Iran, from the Past till Now

Iran knew the oil from the most ancient times. In the southwestern corner of this vast highlands that were extended from East to Sindh and Mesopotamia and from West to Sardis and Egypt, oil springs were flowing. The people in those areas learned the usage of bitumen about 5 thousand years ago and benefited from it in a variety of uses such as stone mortar and bricks in buildings, rowboat’s exterior coating, making pottery and joining together the pieces of jewelry and ornaments 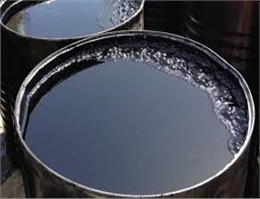 Athough oil and bitumen were known in Iran from the old days and its exploitation was also dated back to the exploitation of other earth’s surface mines such as stone, gravel, gypsum and lime, this sector has also become industrial and had different dimensions with the discovery of oil in a hundred years ago. Coincided with the construction of the Middle East’s first refinery in Abadan, bitumen production began from the residues of the distillation towers of this refinery. The bitumen industry has rapidly boomed in Iran because the biggest part of Iran’s oil is heavy crude oil and the bitumen derived from the heavy crude oil is of higher quality. In addition to Iran’s access to the heavy crude oil and setting the refineries of the country with this type of oil, the existence of several refineries in Iran and the increase in the number of refinery companies are other advantages that help the Iranian bitumen market to boom in the world. On the other hand and according to the forecasts of the global institutions, the world bitumen demand in 2017 will reach to 121 million tons which is equivalent to 734 million barrels. This increased demand is mostly in Asia. The predictions show that the growth in demand in China and developing countries will be more than elsewhere. Hence, the proximity of Iran to these consumer markets has created a unique opportunity for this country besides the higher quality of the bitumen of Iran. Therefore we can say that the export of petroleum products including bitumen in an oil-rich country such as Iran is a routine and normal procedure, even if the Iran’s refineries are designed in such a way that the share of its low value production such as fuel oil, bitumen, and VB that are derived from the bottom of the distillation towers is abnormally high away from the current and former world standards, compared to valuable products such as gasoline, diesel, kerosene and LPG. Iran produces more than 7 million tons of bitumen per year in the current situation and the domestic needs of the country are about 3.5 million tons annually. Therefore, it can be concluded that Iran has the ability to export 3.5 million tons of bitumen to other countries per year. On the other hand, Iran is the hub of production and export of the bitumen in the world; the first producer of bitumen in the Middle East; the second producer of bitumen in Asia; the fourth producer of bitumen in the world and has the ability to export to 60 countries. The chairman of the Commission of bitumen of Iran’s Petroleum Products Exporters Association, Hassan Tajik said, the quality of the bitumen of the country is totally appropriate, but some loud proclamations made by ourselves is used against us in the world. “According to the conditions of the refineries, 7 million tons of VB could be converted to the bitumen. The domestic consumption of bitumen for waterproofing and its consumption in the streets and roads are hardly reached to 3.5 million tons, so we can export the remaining produced bitumen.” The chairman of the Commission of bitumen of Iran’s Petroleum Products Exporters Association stated.
If we have 3.5 million tons of domestic consumption, we can also export 3.5 million tons of bitumen, he added. Tajik declared that if the mentioned 3.5 million tons of bitumen is exported with the price of $250 per ton, it will have more than a billion dollars income for the country and it will create jobs.
While mentioning that we are currently exporting bitumen to 60 countries, he said: The most part of our export is to China, India, the Far East and East African countries, CIS countries, including Georgia, Kazakhstan, Tajikistan, Armenia and Turkmenistan. We don’t have any export to Europe due to the environmental-related excuses and costly shipping by vessels.
Iran knows its target market for the export of bitumen to East Asian countries. One of the most important factors was that the export to other countries was limited at the time of sanctions. But now the possibility of marketing in the old markets and the definition of new markets are available for Iran with the lifting of the sanctions and implementation of JCPOA. In this regard, the member of the Board of Iran’s Petroleum Products Exporters Association, Seyyed Hamid Hosseini said that if we could resolve banking problems, we can hope to deal with the large companies of world regarding the bitumen trade. He emphasized that the large corporations of the world are not willing to pay cash in advance, so, new partnerships will be hard until the time that the LC opening problems is not resolved. The bitumen is one of the major export data-x-items of Iran in a way that more than 3 million tons of bitumen is exported per year. Meanwhile, it brings more than one billion and 200 millions of USD for the country, he said. Referring to the good capacity for bitumen market development in West Asia and the Middle East, the member of the Board of Iran’s Petroleum Products Exporters Association said that this fact has led many companies to enter the market. In the end, it is necessary to note that the export of oil products has always been of great benefit to Iran. Considering the great advantages of the production of bitumen for Iran, the strong presence in global markets of this product is one of the requirements of Iran’s today’s economy: an economy that is looking for its reconstruction after the lifting of the sanctions.
0
Visit Home
Send to friends
Print
Newsletter
Share this news