The head of Tourism Development and Planning Office at Cultural Heritage, Handicrafts and Tourism Organization of Iran announced that the private sector is putting its efforts to pave the way for entering Spanish and Italian Cruise ships to the Northern of Persian Gulf and docking at Iran's southern coastline and Islands. 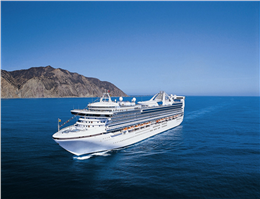 In an interview with MANA correspondent, Abdolreza Mohajerinejad asserted that thanks to the lifting of the sanctions and the execution of JCPOA, the ground has been paved for mutual negotiations with European countries.
Mohajerinejad added: in order to expanding maritime tourism, entering foreign cruise ships to the country’s coastlines has been put on the agenda.
This official also remarked that negotiations over the entrance of cruise ships to Iran’s southern coasts were made with a Greek company in the International Tourism Fair in Spain-Fitur last year. Upon these negotiations and arrangements made with this Greek company, several cruises from different European destinations have been planned to enter Iranian waters.
Emphasizing that these new taken measures could make a noticeable contribution to development of maritime tourism in the Persian Gulf and Oman sea, he continued: it is hoped that with the private sector’s attempt and governmental support, we would be witnessing a boost in the country’s tourism through the entrance of foreign cruise ships.
Referring to the development of Makran coast, Mohajerinejad proposed that in this macro plan, the expansion of maritime tourism has also been considered one of the main options.
0
Tags: Cruise Ship enter Persian Gulf
Visit Home
Send to friends
Print
Newsletter
Share this news