<![endif]--> Public Participation for the Compensation of Losses

Public Participation for the Compensation of Losses

The interminglement of concepts in the two fields of law and insurance, particularly when it comes to maritime issues, as well as the overly significance of some practical and frequently-occurring issues in this regard was the main motivation that drove me to paint a general picture of general average compensation in maritime transportation, and investigate this matter from the angles of York Antwerp Convention and court procedures. 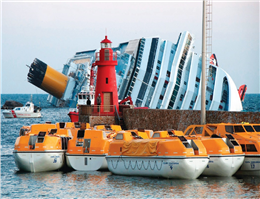