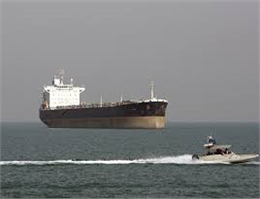 According to MANA, Libyan forces frequently capture vessels smuggling oil and arms off the coast and the North African state has become a haven for migrant smugglers who take advantage of the country's turmoil to ship people across to Europe.
Ayoub Qassem, a spokesman for the Libyan naval forces, said Ukraine-flagged tanker Routa and a vessel with an unspecified African nation's flag named Stark were captured early Friday.
"Clashes lasted for three hours, but the two tankers were successfully seized," Qassem said.
The incident occurred in the Sidi Said area west of Tripoli. Qassem did not report any casualties or give details on what happened to the crew of the vessels or their nationalities.
0
Tags: oil-smuggling tankers Libya capture
Visit Home
Send to friends
Print
Newsletter
Share this news