The head of Tourism Development and Planning Office at Cultural Heritage, Handicrafts and Tourism Organization of Iran announced that Iran and Greece were negotiating over the entrance of cruise ships to Iran’s coasts in the present year 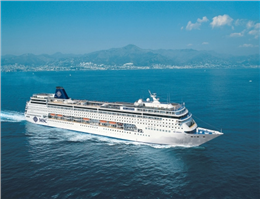 In an interview with MANA correspondent, Abdolreza Mohajerinejad stated that expanding maritime tourism is still one of the main goals of Iran’s Cultural Heritage, Handicrafts and Tourism Organization in 2017. His organization, Mohajerinejad asserted, in putting in efforts to open the southern waters and beaches of Iran to cruise ships.
He pointed to a meeting held in this regard with the presence of authorities from Iran’s Port and Maritime Organization (IPMO) and stressed that IPMO was required to deliver all the facilities and equipment needed for the docking of foreign cruise ships and establishing international tours.
In terms of marketing and advertisements for attracting foreign cruise ships to Iranian coasts and foreign tourists’ visiting Iranian tourists attractions, Mohajerinejad added, we have had striking developments in this area by participating in international tourism exhibitions in different parts of the world.
In line with attempts to attract foreign cruise ships, Mohajerinejad stated that negotiations over the entrance of cruise ships to Iran’s southern coasts were made with a Greek company in the International Tourism Fair in Spain-Fitur last year. Upon these negotiations and arrangements made with this Greek company, several cruises from different European destinations have been planned to enter Iranian waters.With no shred of doubt, Mohajerinejad continued, the docking of these cruise ships in Iranian coasts and the entrance of their tourists to Iran and its attractions would exert a constructive impact on Iran’s tourism industry.
In the end, Mohajerinejad proposed that southern Iranian waters, particularly Qeshem and Kish Islands, possess unique and exclusive tourist attractions, which foreign tourists could enjoy visiting.
0
Visit Home
Send to friends
Print
Newsletter
Share this news