Eight crewmembers have been kidnapped by armed pirates from an offshore tug off the coast of Brass, Nigeria, according to data released by the IMB Piracy Reporting Centre. 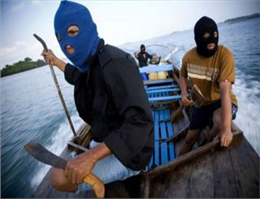 According to MANA, The pirates boarded the tug while it was some 10.8 nautical miles south of the coast of Brass in the morning hours of April 19. The name of the tug in question was not disclosed.
After kidnapping the sailors, the armed persons escaped from the vessel.
IMB informed that the Nigerian Navy responded to the incident in which one crew was injured and was soon evacuated by helicopter.
0
Visit Home
Send to friends
Print
Newsletter
Share this news