Some 20 people died and about a dozen were missing on Friday after a wooden boat carrying about 60 wedding guests hit a cargo ship and sank in southwestern Myanmar, local officials said, in the third big marine accident in the country in as many years. 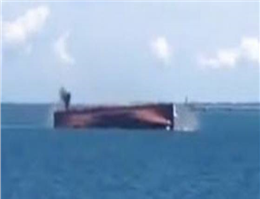 According to MANA, the boat was unlit and hit a cargo ship on the river in the city of Pathein at about 7:20 p.m. (1250 GMT), they said.
Twenty bodies have been found and 27 people have been rescued, Kyaw Myint, a local government official, told Reuters from a hospital in Pathein.
Rescuers were still looking for survivors, witnesses said.
"The authorities at the port are looking into the cause of the crash," Kyaw Myint told Reuters by telephone. The regional government will help arrange funerals, he said.
0
Tags: Sinks boat Myanmar
Visit Home
Send to friends
Print
Newsletter
Share this news