Pirates who hijacked an Indian cargo dhow with 11 crew on board have moved the vessel to an undisclosed location off the Somali coast until their ransom demands are met, a pirate leader told Reuters on Tuesday. 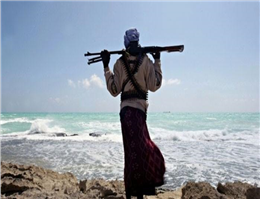 According to MANA, the vessel, Al Kausar, was initially taken to El Hur, near the port of Hobyo in Somalia's semi-autonomous Galmudug state but was then moved to avoid approaching security personnel, pirates said.
Pirate leader Aw Kombe said negotiations were under way with businessmen in the port city of Kismayu for the release of Al Kausar, which was seized on Saturday.
"After three attacks, following a lull of five years, it is clear that Somali pirates are resurgent and intent on continuing attacks on commercial shipping," Yury Fedotov, the head of United Nations Office on Drugs and Crime, said in a statement.
0
Tags: Hijacked Vessel New Location
Visit Home
Send to friends
Print
Newsletter
Share this news