SKULD has scored a strong 11% increase in mutual P&I gross tonnage year on year from 2016 to 2017, net of de-selections and lost business, according to a statement issued by the Norwegian marine insurer on Monday morning. 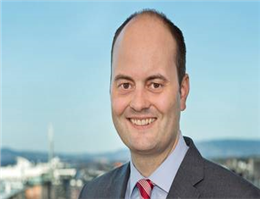 According to MANA, as of the annual renewals deadline, set by tradition at noon GMT on February 20, Skuld’s mutual P&I tonnage stood at 88.5m gt.
The development marks another strong performance from the club, which picked up 10% on the same yardstick last time round.
The International Group affiliate continued to grow its global offshore business and also saw growth on bluewater contracts in the Nordic countries, continental Europe and Asia, mainly through winning new business.
Chief executive Ståle Hansen attributed the outcome to the club’s service offering and is convinced this is due to the company's service commitment, as well as its policy of seeking sustainable organic growth.
This year marks the 120th anniversary of Skuld’s foundation, he added.
0
Tags: sculd Insurance
Visit Home
Send to friends
Print
Newsletter
Share this news