In the early hours of Friday morning, the UK Coastguard was notified of a fire on board the U.S.-flagged car carrier Honor in the English Channel. The vessel had just left Southampton on a voyage to Baltimore. 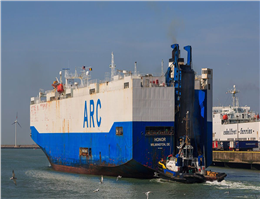 According to MANA, the agency reported that the vessel’s fixed firefighting systems were used to attack the fire and the cargo space was sealed. None of the crew were harmed, and the Honor was able to return to Southampton under her own power, where she planned to anchor southeast of the Isle of Wight.
0
Tags: car carrier Catches Fire English Channel
Visit Home
Send to friends
Print
Newsletter
Share this news