Foreign Ministers of the Association of South East Asian Nations are worried about "recent developments" in the South China Sea and urged restraint and dialogue to prevent any escalation, the Philippine foreign secretary said on Tuesday. 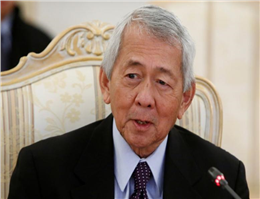 According to MANA, "A number of ministers expressed concern over recent developments and escalation of activities in the area which may further raise tensions and erode trust and confidence," Foreign Secretary Perfecto Yasay told a news conference after a meeting of his Southeast Asian counterparts.
"At the same time they noted the need to sustain the momentum of dialogue in order to ease tensions in the region."
He also said ASEAN countries were hopeful a framework on a protracted code of conduct would be completed by June, and China too had shown it was keen for it to be completed.
0
Tags: philippines south china sea
Visit Home
Send to friends
Print
Newsletter
Share this news