JAPANESE shipping giant Nippon Yusen Kaisha helped lift the spot market over the last week, fixing one of its very large crude carriers for a Middle East Gulf to China voyage at a relatively high rate. 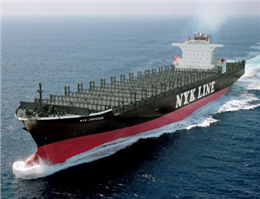 According to MANA, NYK fixed its 2004-built, 303,430 dwt Taga for the voyage at the rate of W77.50, with an end of February loading date, according to the latest fixture lists.
The rate is a shade higher than the current W77 market rate for a Middle East-China voyage shown by the Baltic Exchange. Last Monday, on February 6, the rate on the Baltic Exchange was W70.81. The current market rate is the best since January 27.
NYK’s fixture will bring the company around $32,000 per day.
Such fixtures for late-February loading dates helped boost all trades out of the Middle East Gulf spot market over the last week. This steady supply of late February cargoes helped boost the Middle East Gulf to Japan benchmark trade, which saw rates rise to W76.89 by close of trading on Friday, up from W70.42 last Monday. In dollar terms, earnings for owners on that trade out of the Middle East Gulf rose to $37,401 per day from $31,953 per day.
However, oil production cuts by Middle East Gulf producers and upcoming Spring refinery maintenance in Asia could cap gains in rates.
0
Tags: NYK spot rates
Visit Home
Send to friends
Print
Newsletter
Share this news