The current year is ending while Donald Trump, the US President-elect, is preparing to take over the helm of the world’s largest economy in the early days of 2017. In this regard, the silence of China as the world’s second largest economy is of special importance. The Chinese have slowed down their economic growth since 2 years ago trying to diversify their export-oriented economy and make it the second and even the main pillar of their large economy. This action of China has caused losses to some key economic partners of this country such as Australia. Reduced China’s demand for imports of goods and raw materials from Australia has decreased the economic growth of Australia to 1.7 in 2015. At the same time, the world economy is undergoing a recession because about 30% of global economic growth in the period between 2004 and 2014 was resulting from China’s growth and the world’s economy is experiencing a relative recession with the slowing economic growth in China. However, the question here is that can we hope that this recession will soon lift its shadow from the global economy over the next year? 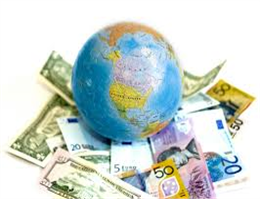