<![endif]--> The Economy Dominated by Elections

The Economy Dominated by Elections

“The economy, after all, is like a sweater; if you pull one thread too hard, the whole thing can unravel. To avoid getting caught in the unraveling, investors need to keep an eye on the threads that various policies are pulling.” 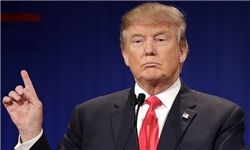 The Organization for Economic Co-operation and Development (OECD) predicted that the election of Donald Trump will lead to faster growth in both the US and the global economy. This is, of course, rather in contrast to the predictions emanating from many economists inside the United States. However, it seems for the macroeconomic effects of what the President-elect says he is following pretty standard parts of the standard economic models. Cutting taxes without cutting spending, increasing the expenditure on infrastructure, whether through public or private financing, are the required stimulus that we would expect to grow the economy, MANA correspondent reported.
The effect of Trump victory in the presidential elections on the US economy is larger and more vivid than the global economy and it goes without saying that the US economy heavily affects the global economy accordingly.
The good news starts with US growth, which will almost surely accelerate above the 2.2% average annual rate during Barack Obama’s second term. This is because the Republican aversion to public spending and debt applies only when a Democrat like Obama occupies the White House. With a Republican president, the party has always been glad to boost public spending and relax debt limits, as it was under Presidents Ronald Reagan and George W Bush. Thus, Trump will be able to implement the Keynesian fiscal stimulus that Obama often proposed but was unable to deliver .
The resulting deficits may be described as “supply-side economics”, rather than Keynesian stimulus, but the effect will be the same: growth and inflation will both increase. As the US economy runs into the limits of full employment, additional growth will push inflation higher, but that bad news can wait until 2018 and beyond.
If Trump follows through on his proposed tax cuts, the deficit will increase substantially. U.S. government debt will grow faster, making debt service more burdensome.
“Faster Growth and Faster Inflation”
Rates are moving higher on expectations of faster growth and faster inflation. Though in many ways a sign of economic success, higher interest rates are also a brake on growth. With more expensive borrowing, houses and cars cost more on a monthly basis, hurting consumer spending, which is a major source of growth. Higher interest rates might also hurt business investment Interest rates rise higher accordingly when rates are higher which act as a brake on economic growth. The immediate result of higher interest rates is higher consumer spending. It also might hurt business investment and finally given the very large and growing stock of government debt, U.S. government debt service also stands to rise substantially, as mentioned above. Investments are subject to risk, including the loss of principal. Because investment return and principal value fluctuate, shares may be worth more or less than their original value.
Next and possibly the most important issue with U.S. growth up and rates rising is strong dollar which automatically results in less competitiveness in the realm of U.S. exports and affects the stock market in early 2016 accordingly. However, it seems Trump’s proposed tariff policy predicates tax on imports and making them more expensive relative to American-made goods will alleviate the washback effects of a stronger dollar. Although the policy fosters the growth of American manufacturers, it faces two problems as follows.
American manufacturers demand to buy parts abroad in the process of manufacturing and the tariffs may hurt them.
There are many department stores which import considerable amount of let’s say Chinese goods to the U.S. and the tariffs on the Chinese goods translate into more money the Americans need to spend on shopping.
On the other hand, the combination of a dollar squeeze and protectionism spells big trouble for developing countries, especially those which are heavily reliant on free trade and foreign financing. In this regard, countries such as Brazil, Russia, and India with development strategies free from foreign financing can be the exceptions. The Middle East is bound to remain a cauldron of geopolitical unrest; but, even here, Trump’s preference for local strongmen over “democracy promotion” could restore a degree of stability (at the cost of human rights).
“Dollar squeeze and protectionism spells suffering for developing countries”
In addition, the most dangerous consequence of Trump’s victory may be its contagion effect on Europe. Just as Britain’s referendum proved uncannily predictive of Trump’s win, Trump looks like a leading indicator of populist upheavals in Europe, which could trigger another euro crisis and threaten the breakup of the European Union . The next anti-establishment victories, according to opinion polls, will be in Italy’s constitutional referendum and Austria’s presidential election. Globalists can only hope that the polls again turn out to be wrong – but in the opposite direction.
Finally yet importantly, boost to economic growth will come from deregulation. While battles over energy and environmental laws may dominate the headlines, the biggest economic impact will come from reversing bank regulations. As banks are encouraged to loosen lending standards, especially for middle-income households, an upswing in residential construction and debt-financed consumption should add further growth impetus. Excessive deregulation could cause a re-run of the 2007 financial crisis, but that, too, is a risk for 2018 and beyond.
“Excessive bank deregulation could cause a re-run of the 2007 financial crisis”
The Bank of England has announced that the outlook for financial stability in the U.K. remains challenging, citing potential risks following June’s Brexit vote and Donald Trump’s victory in the U.S. presidential elections . The European Central Bank accordingly cautioned that Mr. Trump’s policies could trigger instability.
0
Tags: Trump
Visit Home
Send to friends
Print
Newsletter
Share this news