Spain’s trade unions plan to go on strike on February 20, 22 and 24, 2017 as a response to the government’s plan to reform the Spanish Port System, the International Transport Workers’ Federation (ITF) informed. 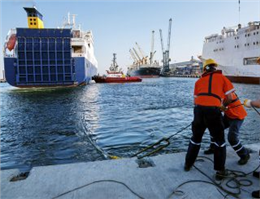 According to MANA, amely, as a consequence of the recently announced reform plan by Inigo de la Serna, the country’s Minister of Public Works, at least 6,500 dockworkers could lose their jobs in the future.
The decree is in line with a decree issued by the Court of Justice of the Union European Union.
What is more, the unions claim that the Spanish government doesn’t intend to discuss with trade unions a potential solution that would best implement the mandatory reform of the port system in Spain.
The ITF described the plans by the Spanish government as “beyond belief and a danger to Spain’s standing in the world.”
The organization welcomed the incentive by Spanish unions to resist the announced measure and said that unions have the ITF’s international support.
0
Tags: Spanish Unions Strike Port Reform
Visit Home
Send to friends
Print
Newsletter
Share this news