Due to the tendency of trade routes to change pushing demand somewhere else, VesselsValue has put together a report showing the current state of affairs at the top 5 Panamax Bulker trade routes based on the total ton miles moved. 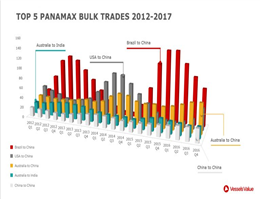 According to MANA, mainly a grains trade, especially soybeans, the volatile Panamax bulker trade has been dominated by vessels moving cargos from Brazil to China. However, this route has been on a downtrend from a peak during the last quarter of 2015.
The main soybean export competitor to Brazil is the USA. This route peaked in 2014 to 2015 when the US had better than normal harvest, which led to lower US export prices, and increased sales to China. Meanwhile, Brazil’s soybean crop that season developed slower due to weather incidents, and the US “poached” Brazil’s exports to China.
The evolution of the top 5 trade routes for Panamax bulkers can be measured through the billons of ton miles, the laden distance travelled multiplied by the amount of cargo carried for every vessel in the fleet, moved from country to country 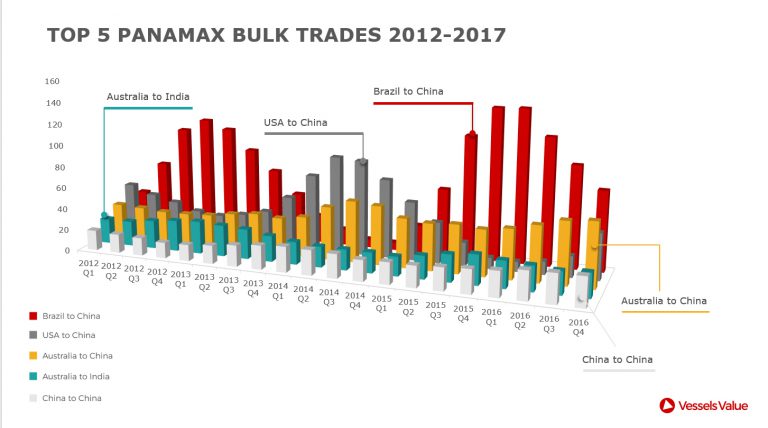