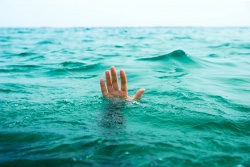 According to MANA, bodies of three sailors were pulled from rough seas off Sharjah coast after an unidentified cargo ship sank in inclement weather, authorities here confirmed on Sunday.
Four crew members were rescued and transported to hospital and later discharged.
Coast Guard and police air wing staff continued to search the area on Sunday for other possible crew members who may be unaccounted for in the sinking of the vessel — it’s not known how many other sailors may have been on board when the ship slipped beneath the frothy waters.
five vessels ran aground because of high waves and heavy winds on Friday in Sharjah and Umm Al Quwain.
0
Tags: sink
Visit Home
Send to friends
Print
Newsletter
Share this news